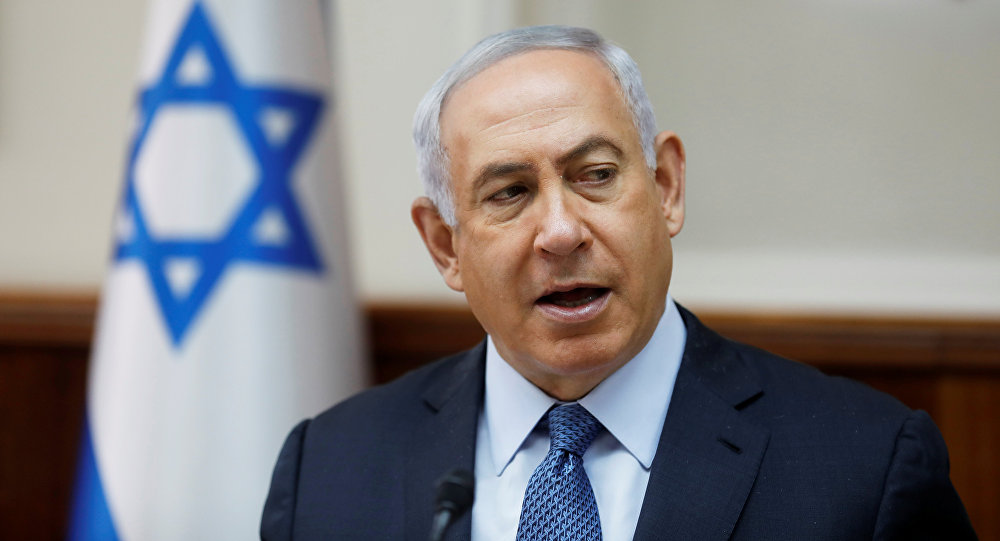 TEL AVIV (Sputnik) – Almost half of Israelis (48 percent) believe that the country's Prime Minister Benjamin Netanyahu should resign amid police recommendations for his indictment on corruption allegations, a poll showed.

According to the poll conducted by the TV Channel 2 on Wednesday, 36 percent of respondents opposed Netanyahu's resignation, while 16 percent failed to give a proper answer.

Among the supporters of the Likud party headed by Netanyahu, 68 percent were in favor of the prime minister's resignation, while 19 percent spoke against it.

The poll also showed that despite the scandal around the prime minister, the level of support for the Likud party remained rather high.

Netanyahu is suspected of getting expensive gifts from business circles and trying to reach a deal with the leadership of the Yedioth Ahronoth newspaper, under which the latter would have covered government’s activities positively in exchange for adoption of a law, which would limit activities of the Israel Hayom newspaper – the main competitor of Yedioth Ahronoth.

On Tuesday, the Israeli police said it had collected enough evidence to support claims that Netanyahu committed fraud and took bribes. The police will hand over the investigative materials and its indictment recommendations to Israeli Attorney General Avichai Mandelblit.