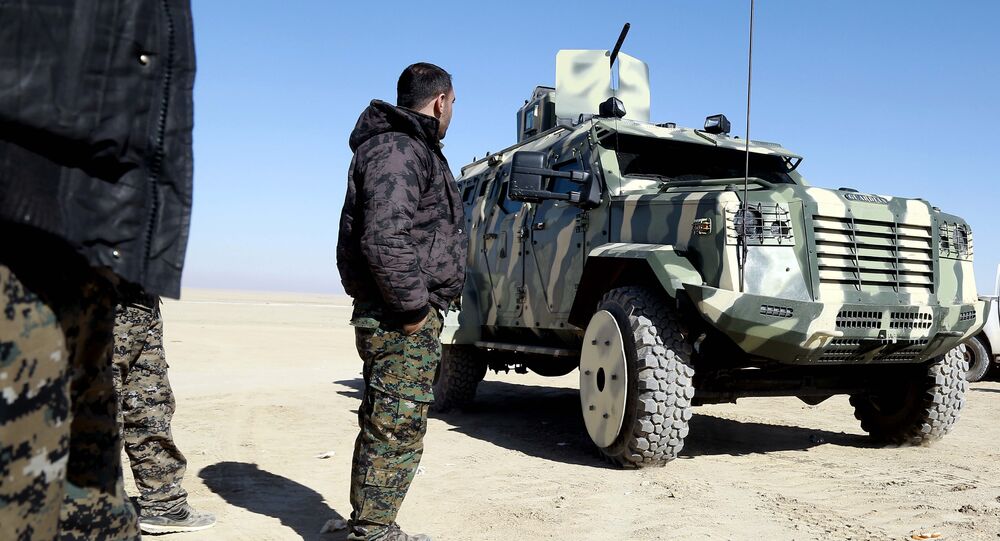 The statement follows the February 12 press release by the advocacy group Human Rights Watch, saying that landmines planted by the Daesh terrorist group in the Syrian city of Raqqa have killed or wounded hundreds of civilians, including more than 150 children.

The actual number of victims is surely higher, as many people died before reaching medical assistance and those deaths were not necessarily reported, the release said.

As the release defined, Daesh planted scores of antipersonnel mines in Raqqa before US-led forces liberated the city in October 2017, including mines, booby traps or improvised explosive devices (IEDs), and most appeared to be victim-activated and therefore banned under international law.

In October, a spokesperson for Operation Inherent Resolve, the US military's operational name for the intervention against Daesh, reported that hundreds of suspected Daesh members and their families were allowed to flee Raqqa in convoys arranged by US-backed forces. According to Special Presidential Envoy for the Global Coalition to Counter Daesh Brett McGurk, the terrorists placed explosive devices in almost every single building the city's downtown.

The terror seized Raqqa in 2013 and declared the city to be the capital of their self-proclaimed caliphate in Syria the following year. In December 2017, Syrian Democratic Forces, with the support of the US-led international coalition, began operations to retake Raqqa, which the SDF said was liberated in October.