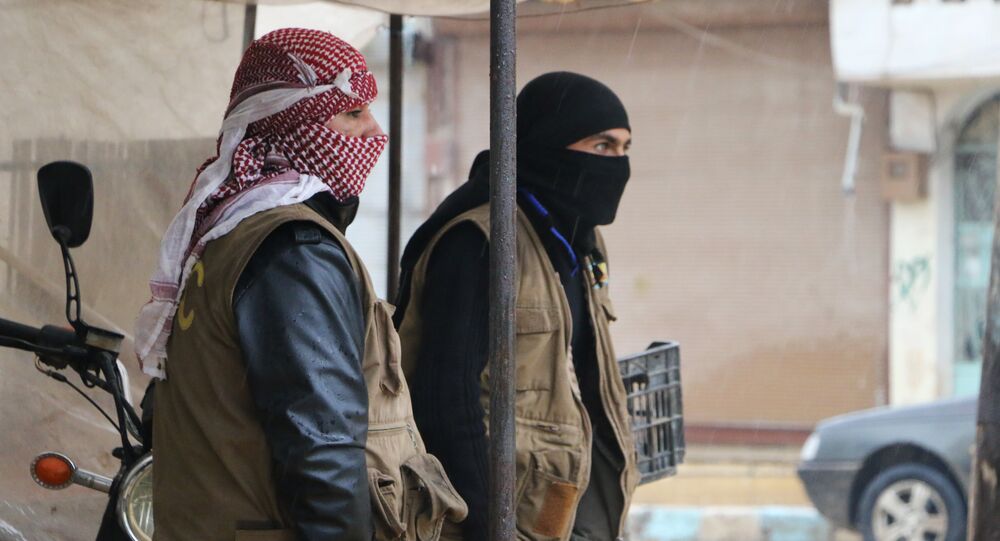 Since January 20, Turkey has been conducting a military operation in Afrin to protect its border with Syria from Kurdish People’s Protection Units (YPG) forces and the Democratic Union Party (PYD). Turkey alleges these groups are linked to the Kurdistan’s Workers’ Party (PKK), regarded by Ankara as a terrorist organization.

Drone footage captured by Turkish military on February 12 features what they say are YPG militants in civilian clothes firing a cannon mounted on a jeep in the Syrian town of Jindires, which is southwest of Afrin. The unmanned aerial vehicle follows the fighters as they drive into a garage and shows an explosion as they are hit by an airstrike.

Ankara launched its “Olive Branch” offensive in Afrin on January 20, which it started in response to the US decision to train a 30,000-strong border security force, comprising the Syrian Democratic Forces and the YPG, allegedly affiliated with the PKK, which is designated by Turkey as a terrorist group.

On February 11, Turkish military reported that it had neutralized over 1,000 Kurdish militants; at least 26 servicemen were killed and over 70 injured during the operation.