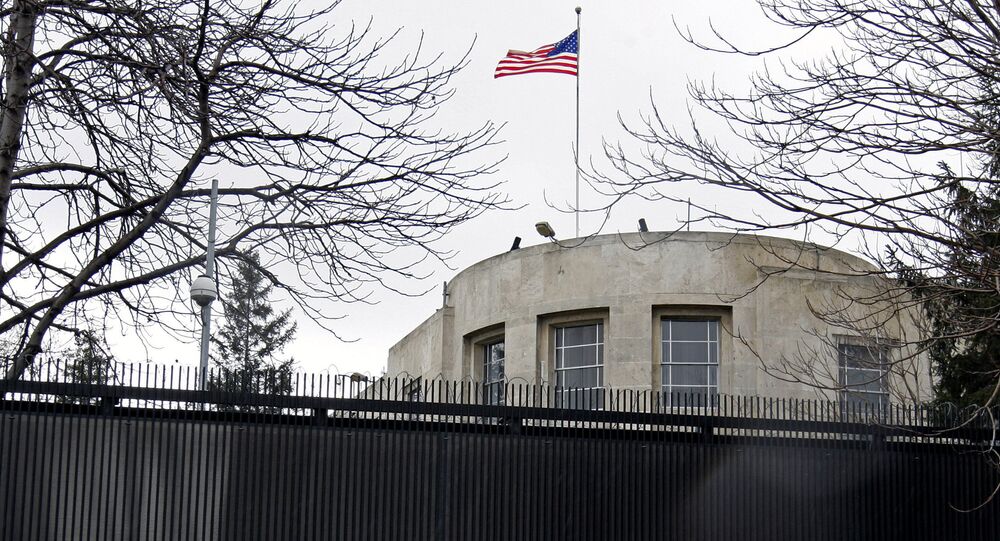 WASHINGTON (Sputnik) - The intention by Turkey to rename the street on which the US embassy is located in Ankara after the Turkish military operation Olive Branch is an internal matter, Department of State spokesperson Heather Nauert said in a briefing.

"I heard that. I also heard that Russia was thinking about doing the same thing," Nauert said on Tuesday. "I think that would be largely an internal matter. If the city decides it wants to rename it’s, especially Turkey and Russia, we support freedom of speech, they can call it whatever they want as long as it is in accordance with their own law. We are fine with that."

On Monday, Ankara Mayor Mustafa Tuna said the street of the Turkish capital where the US Embassy is located will be renamed in honor of operation "Olive Branch" conducted by the Turkish military in Syria’s northern Afrin region.

Turkey launched the operation on January 20 in Afrin, which is controlled by the US-backed YPG. Ankara considers the YPG to be affiliated with the Kurdistan Workers' Party (PKK), which it had designated as a terrorist organization.