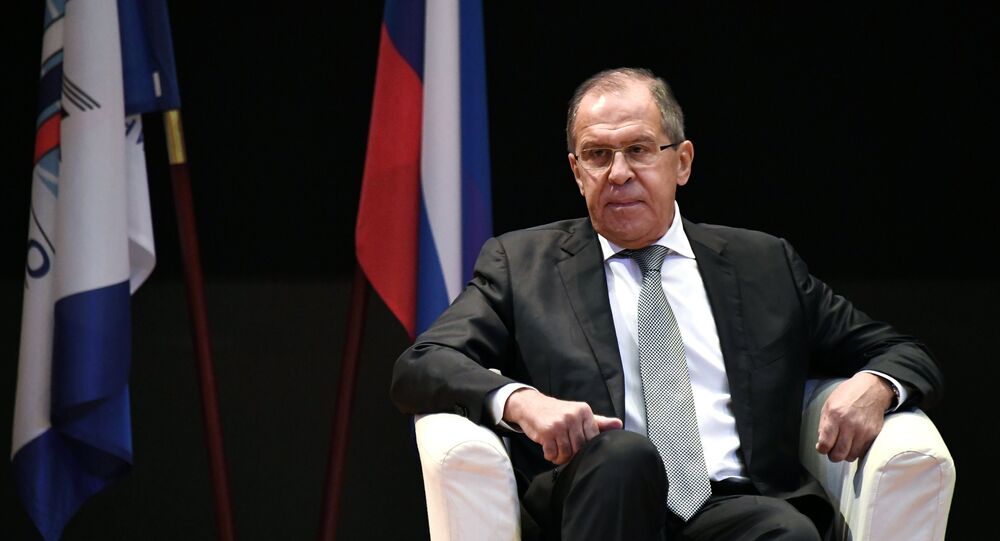 Russian Foreign Minister Sergei Lavrov stated that, from Russia's point of view, the United States seems like it is planning to stay in Syria for a long time, maybe even forever.

"Now we hear completely different explanations from our US partners regarding their presence in Syria — they say that this presence should be maintained not only until military tasks are accomplished, but also until there is a stable political process that should end in a transition of power which will be acceptable for all — meaning for the United States — which is regime change. In general, we have a suspicion…. that the United States wants to stay there for a long time, if not forever," Lavrov told a press conference after talks with his Belgian counterpart, Didier Reynders.

As Lavrov specified, Moscow had been having a lot of questions to Washington about their recent actions in Syria.

"In general and especially lately, we have been having a lot of questions to the actions of the United States in Syria. These actions are carried out without an invitation," Lavrov told a press conference, when asked to comment on the US Defense Department’s alleged plans to allocate $550 million to fund Syrian opposition and create border security forces.

Speaking about US actions in Syria, Lavrov stated that the US was acting unilaterally and dangerously, putting Syrian territorial integrity at risk.

"The Americans, in my opinion,… are trying to act by dangerous unilateral steps. And by the way, these steps look more and more like part of a line for creating a certain quasi-state on a large part of the Syrian territory — on the eastern bank of the Euphrates and up to the Iraqi border," Lavrov stated.

As the minister explained, this "is more and more like a line to undermine the territorial integrity of Syria."

Lavrov expressed hope that the United Nations would ensure transparency of the constitutional process in Syria.

"I really hope that the UN, which is responsible for the resolution 2254 implementation, which is responsible for creating an inclusive Syrian dialogue… in its actions will fully take into account the need to stop any steps by external players that lead to undermining the principles of settlement enshrined in the resolution," the minister stressed.

The minister revealed reasons behind Daesh defeat in Syria.

"It is now clear that ISIL [Daesh] as a caliphate — this project failed. And it did not take place primarily thanks to the actions of the Syrian army with the support of the Russian Aerospace Forces. But we do not dismiss a certain contribution by the American coalition to this achievement," Lavrov said.

The minister went on by talking about the Syrian peace process, noting that Moscow still supports Kurdish participation in it. He stressed that the US side was short-sighted, ignoring the Turkish position on Kurds.

READ MORE: US Responsible for Fueling Separatism Among Some Syrian Kurds — Moscow

The armed conflict has been raging in Syria since March 2011. The peace settlement process is being discussed at different venues: in Astana and Geneva, and the Congress of the Syrian National Dialogue, which took place on January 30 this year in Sochi, which was the first since the beginning of the conflict to try to gather a wide range of participants on one negotiating platform.