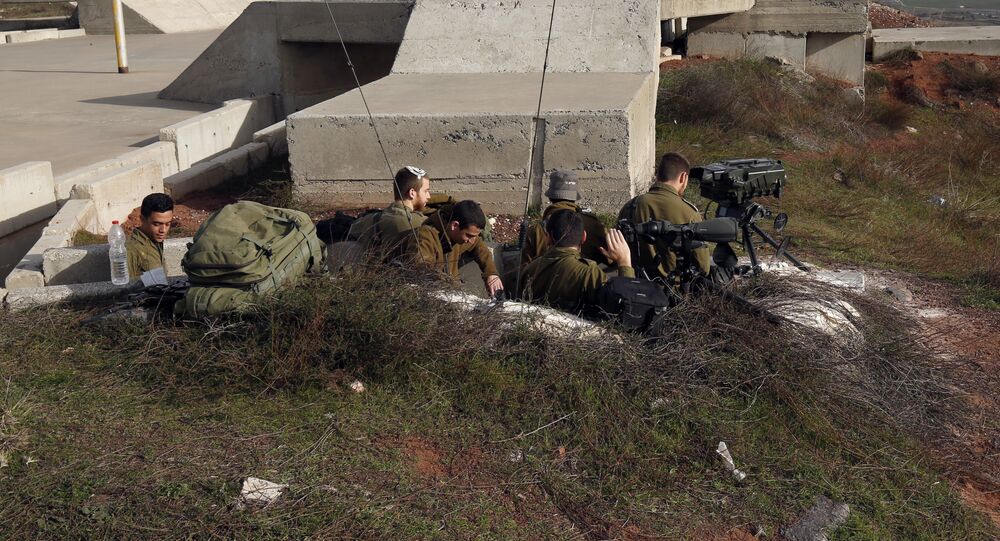 Following the interception of an Iranian drone over the Golan Heights by the Israeli Defense Forces and the ensuing downing an Israeli F-16 fighter jet by Syrian air defense systems, Tel Aviv made it clear that it would defend itself by all means.

In an interview with Army Radio, Yuval Steinitz, National Infrastructure, Energy and Water Minister, hinted that Israel would take measures against Syrian President Bashar al-Assad if Iran cross the “red lines” that Tel Aviv had drawn.

As for the first red line, Steinitz said, it was transforming Syria into a “forward” military base for the Iranian Revolutionary Guards Corps, including intelligence, naval and air force bases.

The second red line, in his view, was that Damascus would embolden Tehran to upgrade Hezbollah’s missile capabilities by making precision weapons out of those missiles. Such developments would jeopardize Israel’s national security even more.

“Assad and Hezbollah are the same, and if there will be an attack against us, we will not be obligated to act only against the source of the attack,” he said. “We will reserve the right to choose the right front.”

Steinitz did not distinguish between Syria and Lebanon, saying that the Syrian army and Hezbollah were doing Iran’s bidding.

“The Assad regime is the weak link in the Iranian-Shi’a axis, and I think Assad should think very well whether he wants to turn Syria into a forward base for Iran or allow precision missiles through Syria to Lebanon, because he himself, his regime, his government and his army can be hurt in that situation.”

An initial probe into the downing of the F-16 aircraft found that the altitude that the plane was flying at made it vulnerable. According to a report by Yediot Aharonot, Israeli newspaper, the jet was flying at a height of 10,000 feet when the Syrian anti-aircraft missile exploded near the aircraft. The pilot, who initiated the evacuation with his navigator, was seriously injured after shrapnel penetrated the cockpit.

On February 10, the Israeli Defense Forces (IDF) reported that an Apache attack helicopter had downed an Iranian unmanned aerial vehicle over the disputed area of the Golan Heights, which has been at the center of conflict between Syria and Israel. Following the incident, an Israeli aircraft crossed the territory of Syria to attack the command post that was used to control the drone. In response, Syria’s air defense systems struck back and downed an F-16 fighter jet, prompting the Israeli military to launch another wave of attacks to strike “additional Iranian targets” in Syria.

The Syrian Defense Ministry has stated its air defenses responded to the aerial attacks, foiling the aggression. Iran's Foreign Ministry spokesman Bahram Qasemi, for his part, denied the country's military presence in Syria, lambasting claims about the downed drone.