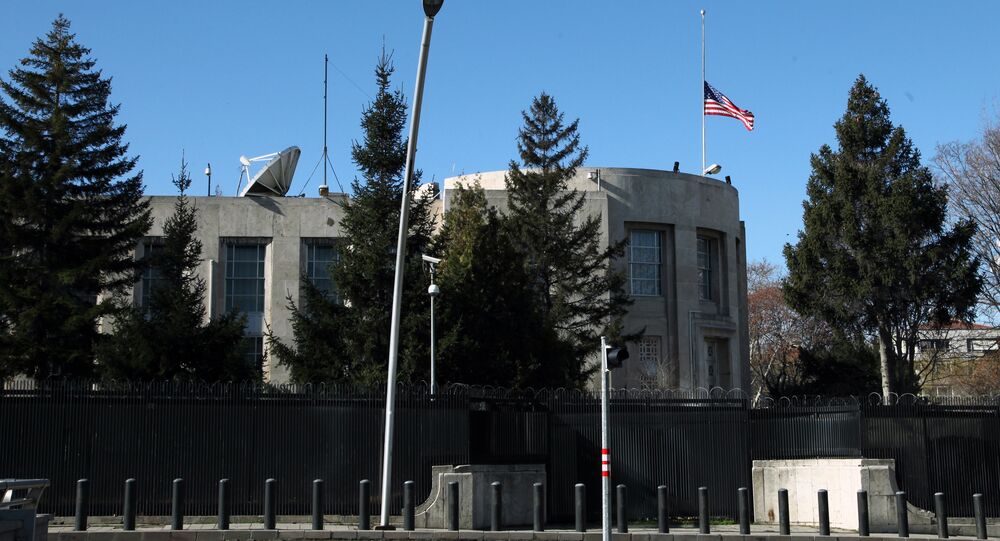 ANKARA (Sputnik) – The street in Ankara where the US Embassy is located will be named in honor of the Olive Branch operation carried out by Turkish forces and their allied Syrian opposition units in the northern Syrian district of Afrin, Ankara's Mayor Mustafa Tuna said.

"We signed a request to rename Nevzat Tandogan Street, where the US embassy is located, as Olive Branch Street. The initiative will be introduced for consideration at Ankara’s municipal assembly today," Mustafa Tuna wrote on his Twitter page.

The statement was made amid rising tensions in Turkish-US relations caused by Ankara’s discontent with Washington’s support for Kurdish units operating in northern Syria. Last week, a senior State Department official said that US Secretary of State Rex Tillerson would seek to put an end to Olive Branch Operation.

Operation Olive Branch in Afrin was started on January 20. Afrin is controlled by the US-backed Kurdish People’s Protection Units (YPG), which are considered by Ankara to be affiliates of the Kurdistan Workers' Party (PKK), designated as a terrorist organization in Turkey and several other countries.