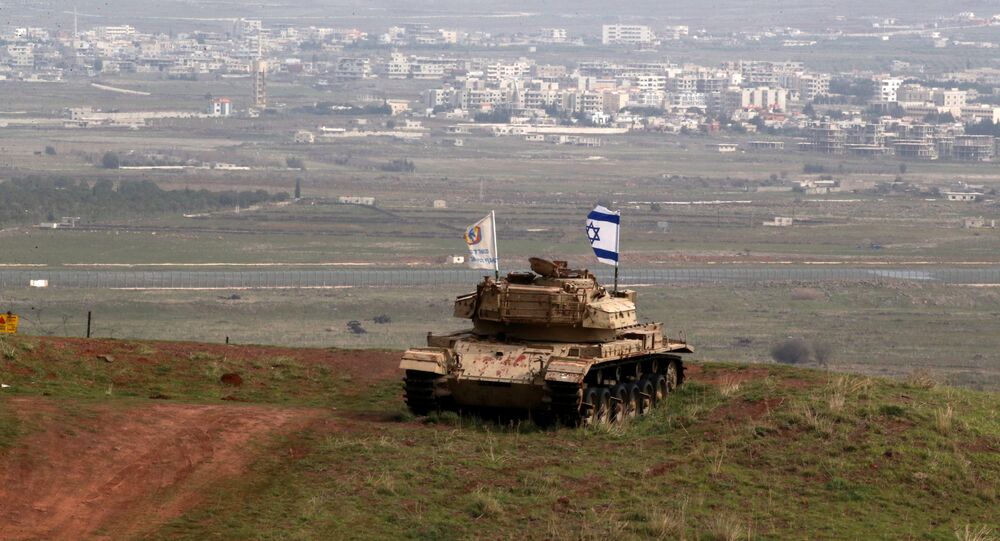 WASHINGTON (Sputnik) – The threat that outside military intervention will result in Syria breaking apart has increased after Israel's recent strike in the south of the country, combined with a continuing Turkish offensive against US-backed Kurdish forces in the north, the private intelligence firm Soufan Group said.

"Syria is being pulled apart, not just internally but externally," the report said. "The February 10 raid suggests that Israel might become more active … Israel will certainly act to disrupt a semi-permanent Iranian military presence in southern Syria, along with the related but separate threat of Hezbollah."

In the north, meanwhile, Turkey is fighting to destroy the armed Kurdish presence along the border, sharpening tensions between Ankara and Washington, which has supported the groups now being attacked by its fellow NATO member, the release said.

The report noted that the war in Syria is escalating, not just between the Syrian government and its opponents but among external actors, decreasing the hopes for de-escalation.

The Israeli attack on several military targets in Syria took place on February 10. As Jonathan Conricus, the IDF's spokesman, specified, the strike was made in response to the downing of an Israeli Apache attack helicopter that was allegedly intercepted an Iranian drone infiltrating the disputed area of the Golan Heights.

Since January 20 Turkey has been carrying out a military operation, with a code name "Olive Branch," against the Kurdish forces in Syria's Afrin, an area controlled by the US-backed YPG, which is considered by Ankara to be affiliated with the Kurdistan's Workers' Party (PKK), regarded by Turkey as a terrorist group.

However, Ankara had repeatedly underlined that their advance was aimed at clearing the Turkish border with Syria from the terrorist presence. In particular, from Kurdish formations in the region.

Damascus, in its turn, condemned the Olive Branch operation, saying that it was undermining the country's severeignity.