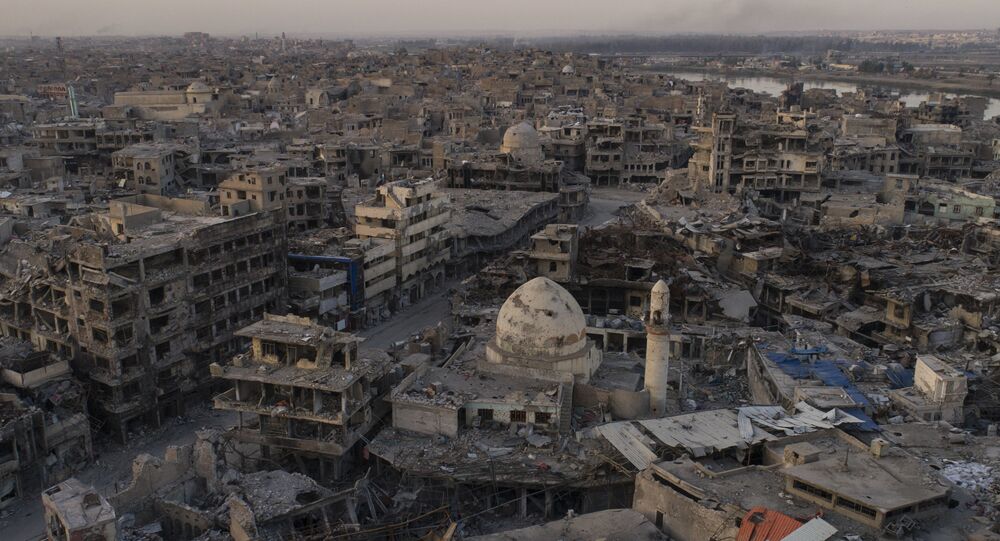 KUWAIT CITY (Sputnik) - Iraq needs $25 billion to restore infrastructure and housing after the defeat of the Daesh terrorist group (banned in Russia), the adviser to the country's minister of water resources, Zafir Hussein told Sputnik.

"At the first stage, which may last 10 years, we need $25 billion. The total amount we need for all programs is $104 billion," the Zafir Hussein said.

According to the adviser, the funds are needed, first and foremost, for the construction of housing and infrastructure in the areas of the country affected by the clashes.

The international investment forum on Iraq's post-war reconstruction started on Monday in Kuwait city. A large-scale event, attended by representatives of more than 70 countries and more than 1.4 thousand companies will be held from until Wednesday.

"Rebuilding Iraq is restoring hope to Iraq, and restoring the stability of Iraq is stabilizing the states of the region and the world," said Planning Minister Salman al-Jumaili.

Iraq has issued a list of some 157 projects seeking private grants at the conference, which some 1,900 representatives of foreign governments, private firms and NGOs have registered to attend.

The projects include rebuilding destroyed facilities such as Mosul airport and new investments to expand the economy beyond oil sales, by developing transport, agriculture, and industries based on the nation's energy wealth, including petrochemicals and oil refining.

The Iraqi Army's victory over Daesh was declared in December 2017 after the country's forces had gained complete control over the border with Syria.

Daesh had restrained Iraq since 2014, after seizing Mosul, the country's second-biggest city, and turning it into the terrorist group's so-called capital in Iraq. A year later, the country's forces, backed by the US-led coalition, started an operation to free the territories.

Iraqi forces regained control over Mosul last summer, while later in November, they fought back the town of Rawa, the last Daesh fortification in the country.

Iraq has been suffered from violence and instability for decades. The fight against terrorism started when the country has already been rocked by wars with Iran for most of the 1980s and its invasion of Kuwait in 1990 led to war with a US-led coalition and more than a decade of international sanctions.