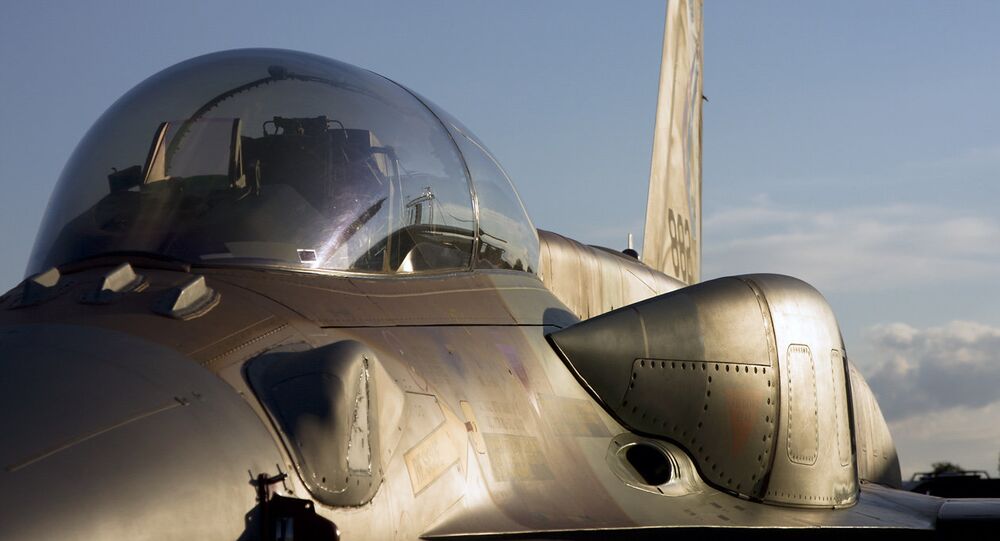 The reported downing of an Israeli F-16 in Syria on February 10 cut short the country's long-term aerial dominance in the region: that was the first Israeli plane lost in 35 years, since 1982 - the time of the Israeli war in Lebanon.

The Israeli military has deployed anti-missile systems, as well as "missile defense batteries" on the northern part of country's border with Syria, near the city of Baka al-Gharbiya, the Jerusalem Post newspaper reported Monday, citing eyewitnesses.

As the media outlet specifies, some witnesses posted alleged photos of "trucks carrying the batteries on central highways in northern Israel."

According to the newspaper, on early Saturday Israel also deployed eight warplanes to target positions inside Syria.

However, the Israeli Defense Forces have yet to comment on the media reports.

The reported deployment follows the February 10 downing of the country's F-16, intercepted by an Iranian drone launched from Syria, as claimed by Tel Aviv. Responding to the attack, the Israeli Air Force (IAF) hit alleged Iranian targets in Syria.

The attack has put an end to Israeli aerial superiority, as that was the country's first plane to be lost since the Israeli war with Lebanon in 1982.

The Israeli strikes triggered retaliatory fire from the Syrian air defense. In turn, the Israeli military began the second wave of the attack, which resulted in striking 12 targets inside Syria, including Syrian air defense batteries and Iranian military facilities, according to the country's Defense Forces (IDF).

As Israeli Armed Forces' Chief of Staff Brig. Gen. Tomer Bar stated on Saturday, this military operation by the country's air force against Syria on Saturday was "the most significant" action against the air defense of neighboring Syria for the past 36 years.

Commenting on the alleged intercept of Israeli F-16 in Syria, Iranian security chief Ali Shamkhani called it ridiculous, adding that its forces are operating in Syria at the request of the country's legitimate government. As Tehran explained, the country maintains an "advisory, not military presence" in Syria.

The official stated that this time the Syrian nation had proved it would respond to any act of aggression.

Meanwhile, Israeli forces see another growing power from the side of Lebanon - the Hezbollah movement, as claimed by the groups' Deputy Secretary-General Sheikh Naim Qassem, quoted by Press TV.

According to him, Tel Aviv is in a deadlock dealing with the rising power of Lebanon's resistance.

"Israel cannot make a decision to wage war [on Lebanon] as it may have grave consequences for it (Tel Aviv)...; on the other hand, it can't watch the other side growing [in power], and it does not know how to deal with this power," Qassem stated, cited by the media.

"Lebanon's army and Hezbollah are the same - they will all pay the full price in the event of an escalation," Liberman said as quoted by Press TV.

Lebanese officials, for their part, consider Tel Aviv a real menace to their country. In particular, in January, Lebanese Prime Minister Saad Hariri called the country "the real threat" to Lebanon.

"The only threat I see is Israel taking some kind of action against Lebanon, out of a miscalculation," Hariri said. "And this is the real threat, I believe."

The Hezbollah movement was established in 1985 to protect Lebanon from foreign aggression, as the leaders of the group claim.