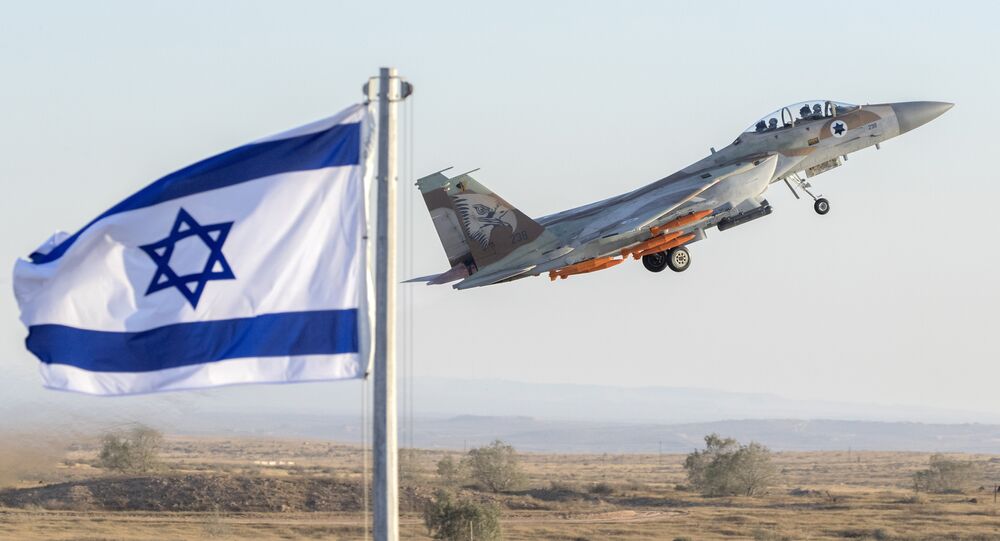 TEL AVIV (Sputnik) - The military operation of the Israeli Air Force (IAF) on Saturday was "the most significant" action against the air defense of neighboring Syria for the past 36 years, and it was fully successful, IAF Chief of Staff Brig. Gen. Tomer Bar said.

According to Bar, the last time Israeli pilots delivered such powerful strikes on Syrian air defense batteries was in 1982 during a campaign in Lebanon against Palestinian armed groups.

"This is the most significant attack on the Syrian air defense since the Operation Peace for Galilee [1982 Lebanon War]… This is a complete operational success, both at the stage of interception of an unmanned aerial vehicle, and when suppressing sources of fire, as well as during subsequent retaliatory actions," Bar said as quoted by the Israel Defense Forces (IDF) press service.

According to the IDF, during the attack, "multiple anti-aircraft missiles were fired at IAF," and one F16 fighter jet crashed in Israel. An IAF pilot was severely injured and transferred to a hospital.