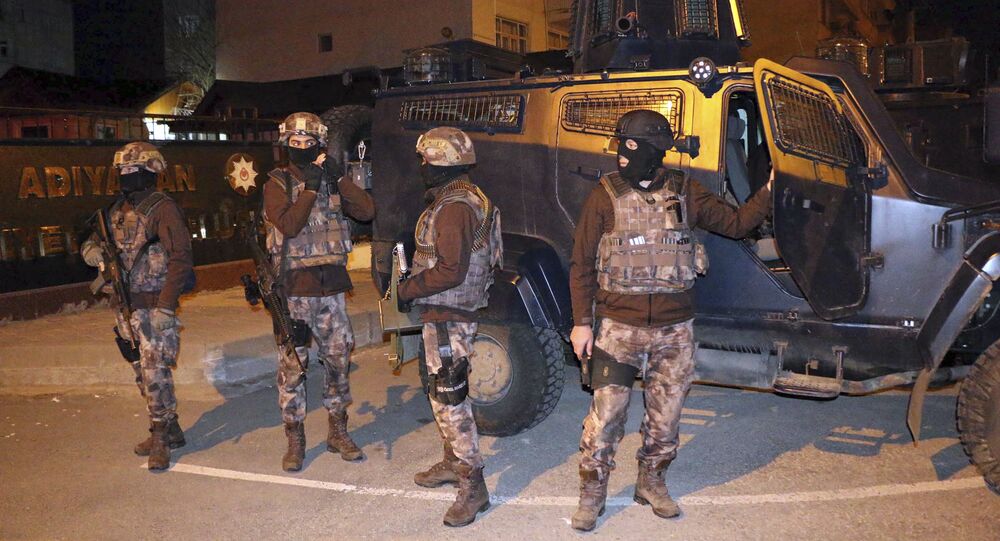 MOSCOW (Sputnik) - According to Anadolu news agency, 31 Daesh suspects were arrested in Istanbul and 17 in Ankara. The detained suspects were allegedly planning terrorist attacks in Turkey.

Turkish security forces detained on Saturday 48 foreigners in Istanbul and Ankara over their suspected links to the Daesh terrorist group, the media reported.

© REUTERS / Osman Orsal
At Least 20 People Arrested in Turkey's Istanbul Over Suspected Links to Daesh
In recent years, Turkey has been hit by numerous terror attacks, involving both Kurdish and Islamist militant groups, in particular, Daesh. In response, Turkish security forces are holding counterterrorism operations on a regular basis in different parts of the country.

According to various reports by Turkish media, since the beginning of Daesh activities in Syria and Iraq, Turkish authorities have detained over 5,000 Daesh suspects. Ankara has also deported 3,290 people from 95 nations and prohibited entry to Turkey to 38,000 people. At the moment 780 people, including 350 foreigners are in custody in Turkey.