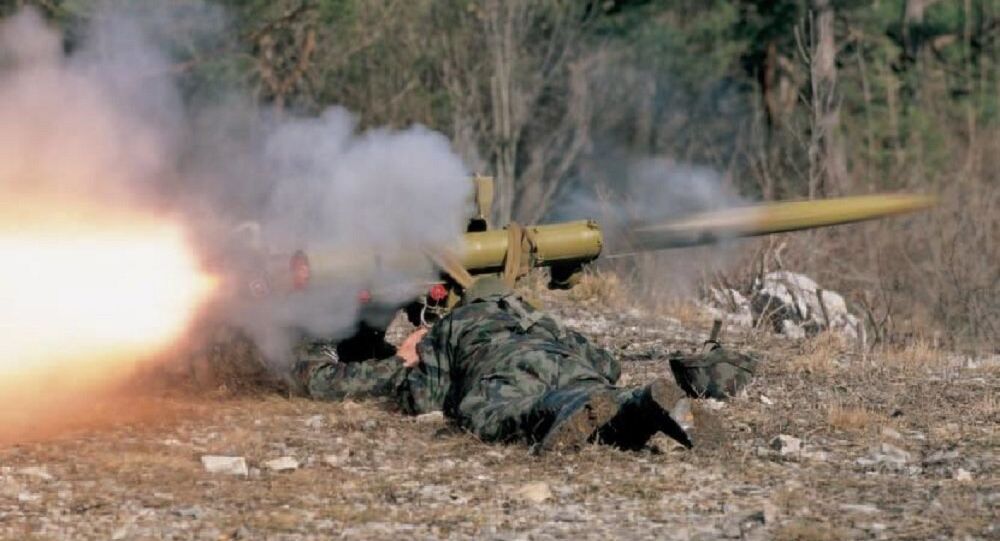 The video shows a pickup truck with a mounted heavy machinegun driving down a country road in Syria’s Afrin region and being blown to bits after sustaining a direct hit from an anti-tank launcher.

The vehicle apparently belonged to a pro-Turkish militant group and was destroyed with a Soviet-made 9K111 Fagot (NATO reporting name: AT-4 Spigot) wire-guided anti-tank missile system crewed by Kurdish combatants.

Less than a week ago, members of the Kurdish People’s Protection Unit (YPG) also uploaded a video showing them destroying a German-built Leopard main battle tank with anti-tank guided missile (ATGM).The footage was posted on Directorate 4, a Telegram channel that monitors the activities of militant groups.

Since January 20, Turkey has been conducting a military operation, codenamed “Olive Branch,” against the Kurdish forces entrenched in Syria’s Afrin region, an area controlled by the US-backed YPG, which Ankara regards as an affiliate of the Kurdistan’s Workers’ Party (PKK). Both groups are considered terrorist organizations by Turkey.

Ankara began the campaign shortly after the US announced its intent to train a 30,000-strong ‘border security force’ in Syria, to be comprised of members of the Syrian Democratic Forces, an alliance dominated by the YPG.

Damascus has resolutely condemned the operation as a violation of Syria’s sovereignty and territorial integrity.