The Daesh (ISIS) terror group's al-Hayat Media Center has released a new propaganda video about the situation on the front in the shrinking territories which remain under the jihadists' control in the Euphrates Valley. What's notable, according to observers, is the video's use of women fighters.

The propaganda video shows at least five women in full burqa with automatic weapons in various poses, from a clip of women riding around in pickup trucks flying the Daesh flag, to one of women firing over trenches.

Observers say the video indicates the deplorable strategic situation for the terrorists; according to Daesh's interpretation of Sharia law, women are allowed to take up arms only in extraordinary situations, and are otherwise required to stay at home and look after children, with widows forced to move into shared residences to await remarriage. 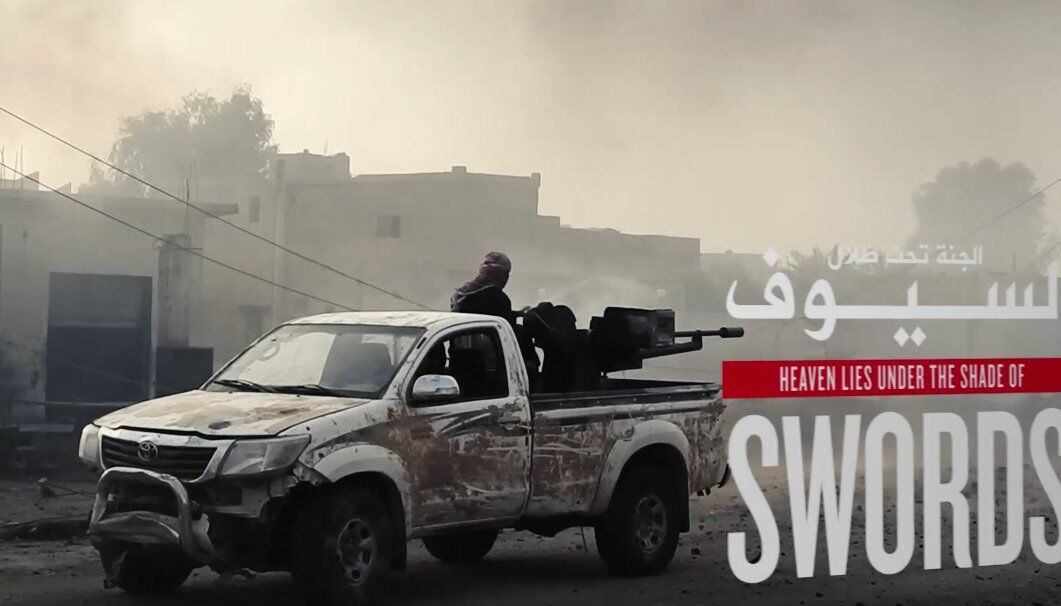 According to Directorate 4, a Telegram channel monitoring the terrorists' activities, in spite of their ample stock of weapons and ammunition, Daesh's main problem now is clearly the lack of manpower.

© AP Photo / Ariel Schalit
Damascus Warns About 'Dangerous Consequences' of Israeli Attacks in Syria
Downplaying the desperation of their situation, the video, which includes an English-language narration, praises the "chaste mujahid women journeying to her Lord with the garments of purity and faith," and describes their use in combat as a "campaign that commences a new era of conquest."

Surrounded on all sides, the territories under Daesh's control now include only several small, isolated pockets, mostly in eastern Syria, where they continue to be pushed back by Syrian and Kurdish Syrian forces advancing from the southwest and northeast, respectively. Over the past two years, Syrian, Iraqi, and Syrian Kurdish forces have systematically freed most cities and towns from the jihadists.