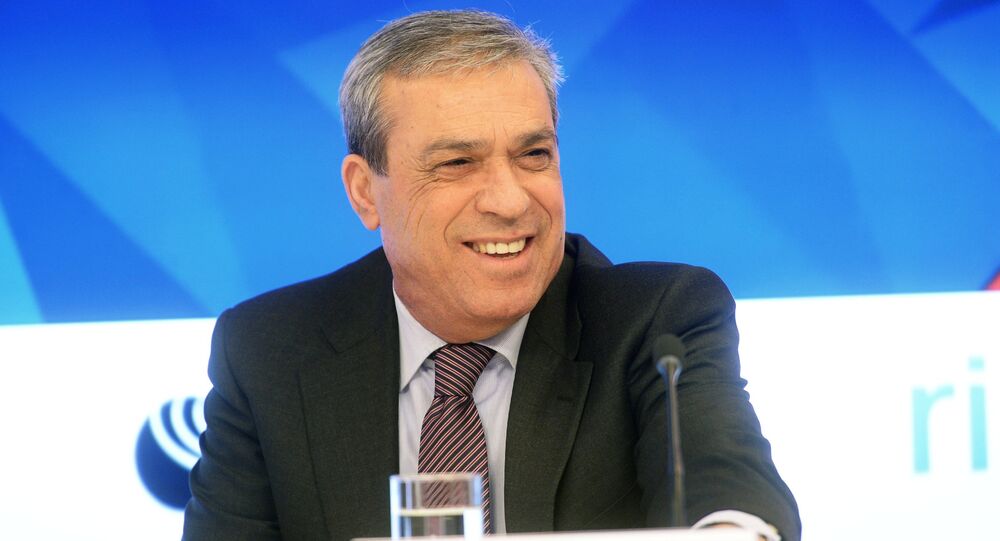 Palestine May Introduce Its Own Currency - Envoy to Russia

Palestine is mulling the possibility of introducing its own currency, but the issue remains open, Palestinian Ambassador to Russia Abdel Hafiz Nofal said during his press conference.

"We currently have three currencies circulating — the American dollar, the Israeli shekel and the Jordanian dinar. Our central bank is now studying this issue [introducing its own currency]," according to the envoy.

Nofal stressed that "there are certain difficulties," adding that this question remains open. The diplomat also noted that the issue of usefulness of the new currency and the moment it can happen are still to be determined.

© AFP 2021 / THOMAS COEX
Palestinian Nation Reiterates Calls for Creation of Independent State – Envoy
The Palestine Monetary Authority (PMA) plays the role of a central bank in Palestine and responsible for monetary and banking policy. The Paris Protocol agreement 1994 rules that the PMA though has the functions of a central bank but cannot issue currency. According to the document, the use of the Israeli shekel was recommended and Israel was granted a veto right over a Palestinian currency.

The PMA says on its official website that its mission is "to maintain financial stability, through the development of a sound and secure banking system, an efficient national payments system, achieve financial inclusion, and ensure monetary stability by keeping inflation under control and fostering price stability."

US Has Lost Credibility by Adopting Israeli Position – Palestinian Spokesman