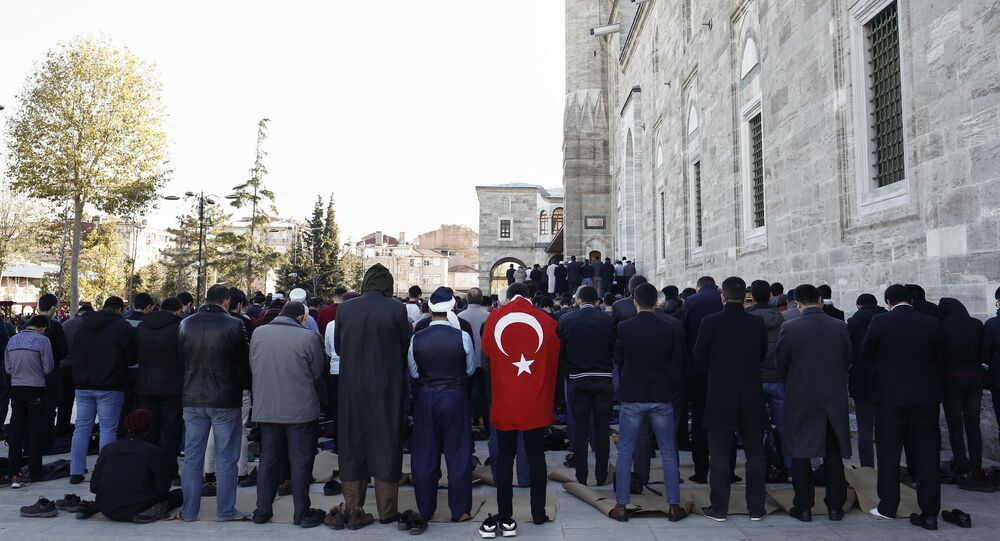 ANKARA (Sputnik) - Almost 95 percent of Turkish citizens either fully or partially harbor anti-US sentiments, while 62 percent positively assess the development of Turkey-Russia ties, according to a survey carried out by Optimar organization.

The disaffection of the US is on the rise in many counties, including Turkey. Almost 95 percent of Turkish citizens display different anti-US sentiments local media reported Tuesday, citing an Optimar organization survey.

71.9 percent of respondents had anti-US views and 22.7 percent were partially against the United States according to the Anadolu news agency.

At the same time, 62.1 percent said that warming relations with Russia were a positive development, with only 22.4 percent considering it a negative trend.

More than half of Turks said that the United States, Israel and European countries were helping strengthen Daesh in Syria and Iraq.

The survey involved over 1,500 respondents from across Turkey. According to them, the United States was perceived as a greater threat to security than Russia or China.

Since January 20, Turkey has been carrying a military operation, called "Olive Branch," in Syria's Afrin, which is commanded by the Syrian Democratic Forces-affiliated and US-backed Kurdish People's Protection Units (YPG). Ankara considers the YPG is related to the Kurdistan Workers' Party (PKK), which has been waging an armed conflict in Turkey in order to seek autonomy for the Kurds in the country.