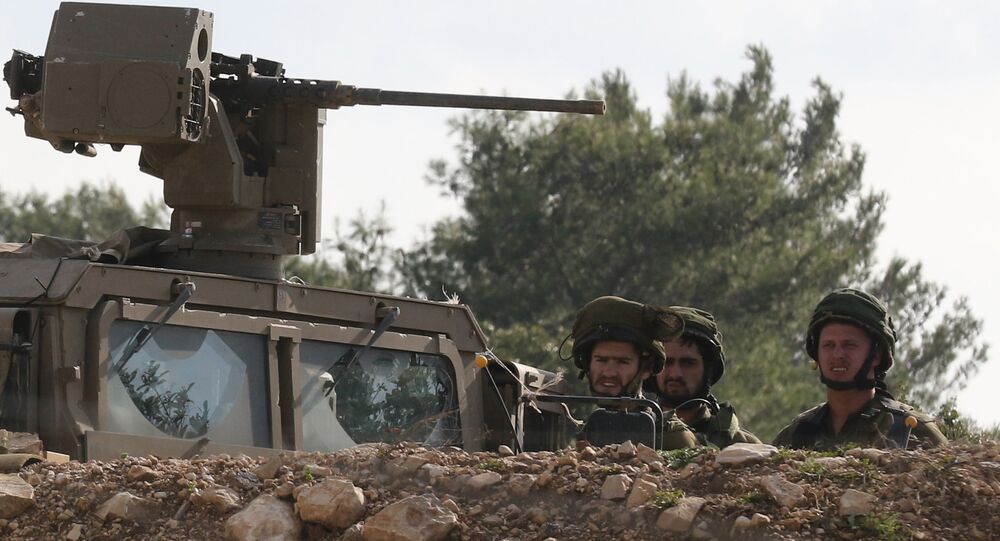 Earlier in the day, the Lebanese army slammed the Israeli plan to build a wall along Lebanon's southern border, stating that it would be a violation of the country’s sovereignty.

Lebanese President Michel Aoun, Prime Minister Saad Hariri and Parliament Speaker Nabih Berri have lashed out at "Israeli threats," they described as a "direct threat to stability" in the border area.

According to a joint statement, the officials have agreed to act on regional and international levels to prevent the Jewish state to build a border wall.

The same day, the Lebanese army has criticized an Israeli plan to build a wall at border marks of Lebanon's southern border, saying the structure will be a violation of the country's sovereignty during a meeting of Lebanese and Israeli military officers chaired by UN peacekeepers.

READ MORE: The Wall: Lebanese General Explains How Israel is Changing Tactics in the Region

Senior Lebanese officials and Israeli army officers held a meeting under the supervision of the UN peacekeepers (UNIFIL) at the Lebanese border town of Naqoura to discuss the quarrelsome forced entry-resistant construction built by Israeli along Lebanon's southern border. Lebanon insists on shut-down the construction on their territory.

"The Lebanese side reviewed the matter of the wall which the Israeli enemy intends to build… confirming the position of the Lebanese government rejecting the construction of this wall as it violates Lebanese sovereignty," the Lebanese army said in a statement after Monday's meeting.

The statements referred to 13 fortified installations that were constructed on contradictory territories that belong to Lebanon. However, the wall is located on the Israeli side of the UN-designated Blue Line, which defined Israel's withdrawal from southern Lebanon in 2000.

However, over the past decade the Lebanese Armed Forces, the IDF and Hezbollah have violated the blue line multiple times.

Under the UN Security Council Resolution 425 adopted on March 19, 1978, Israel should avoid any military action against Lebanese territorial integrity and withdraw forthwith its forces from all Lebanese territory.