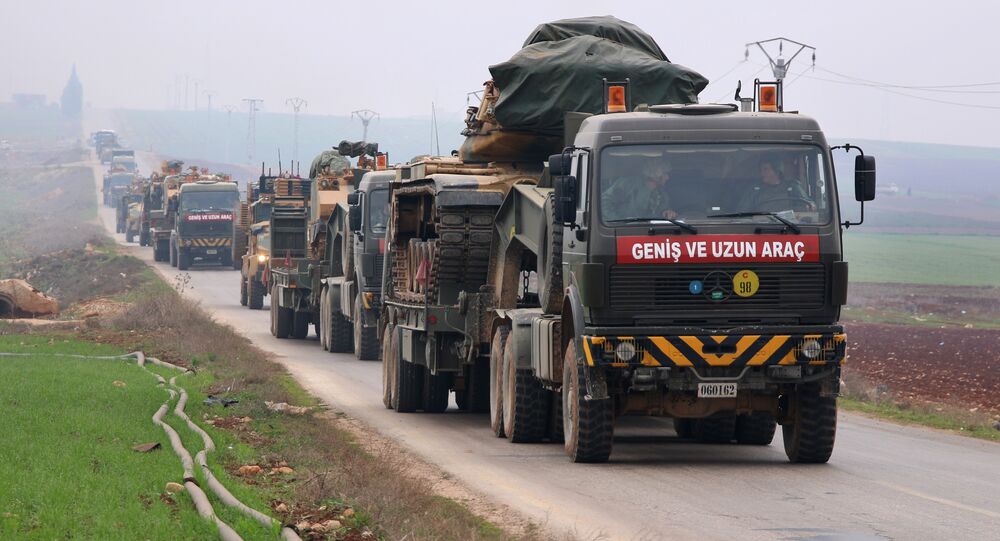 Ankara has announced that Turkish forces have set up a military post southwest of Syria’s Aleppo, which is claimed to be its “deepest” position in the northwestern part of Syria under Turkey’s agreement on the de-escalation of violence with Russia and Iran.

The footage that has appeared on the web shows a Turkish military convoy of about 50 vehicles allegedly approaching southern Aleppo, closer to the Tahrir al-Sham terrorist group’s stronghold.

Last week a massive Turkish convoy, southwest of Aleppo province, had to pull back following an attack carried out by Kurdish militants. The convoy was dispatched to Idlib as part of Ankara’s responsibility to help create a de-escalation zone there, under an accord brokered by Moscow and Tehran.

Since January 20 Turkey has been carrying out a military operation, codenamed "Olive Branch," against the Kurdish forces in Syria's Afrin, an area controlled by the US-backed YPG, which is considered by Ankara to be affiliated with the Kurdistan's Workers' Party (PKK), regarded by Turkey as a terrorist group.

Damascus has firmly condemned the campaign as a violation of Syria's sovereignty, while Moscow has stated that it has been monitoring Turkey's offensive in Afrin and underscored the significance of preserving the country's territorial integrity.

Ankara, for its part, has stressed that its military advance in the region is not aimed against Syria's government, explaining that the offensive "is targeting only terrorists."

Turkey launched the operation after the US announced that Washington would start training a 30,000-strong border security force in Syria, which Ankara immediately dismissed as a "terrorist army."