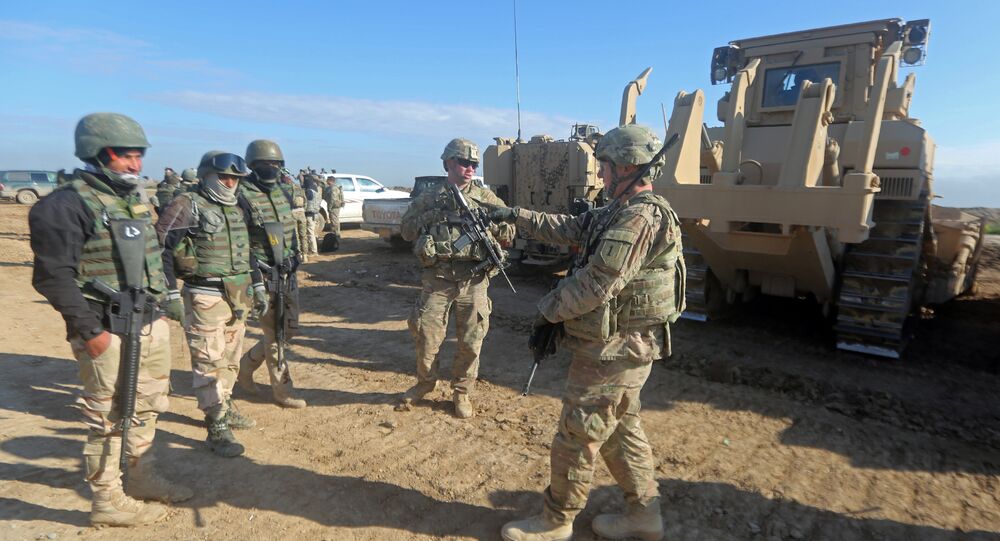 Iraqi government spokesman has confirmed that the US began to draw down its forces, following Baghdad's declaration of victory over Daesh, Associated Press reported Monday.

Western contractors at a US-led coalition base said earlier in the day that dozens of American soldiers have been transported to Afghanistan over the past week.

Such an agreement between the coalition and the Iraqi government has been reached for the first time since the war against Daesh in the Middle Eastern country was launched three years ago.

© CC BY 2.0 / Estonian Foreign Ministry / NATO Secretary General Anders Fogh Rasmussen
Former NATO Hawk and Iraqi War Supporter Considered for Nobel Committee
An Iraqi official close to the country's Prime Minister Haider al-Abadi said earlier that the initial agreement stipulated the withdrawal of some 60 percent of the current US contingent, while 4,000 troops would stay to train the Iraqi military.

According to the report, issued by Pentagon last year, some 8,892 US troops had been deployed to Iraq.

The Iraqi Army's victory over Daesh was declared last December by the Iraqi Prime Minister Haider al-Abadi after the country's forces had gained complete control over the border with Syria.

Daesh had kept Iraq under its control since 2014, after seizing Mosul, the country's second-biggest city, and making it the terrorist group's so-called capital in Iraq. A year later, the country's forces, supported by the US-led coalition, launch an operation to free the territories.

Iraqi forces regained control over Mosul last summer, while later in November, they retook the town of Rawa, the last Daesh stronghold in the country.

Turkey Not to Limit Anti-Terrorist Op to Syria, Ready to Fight in Iraq - Ankara