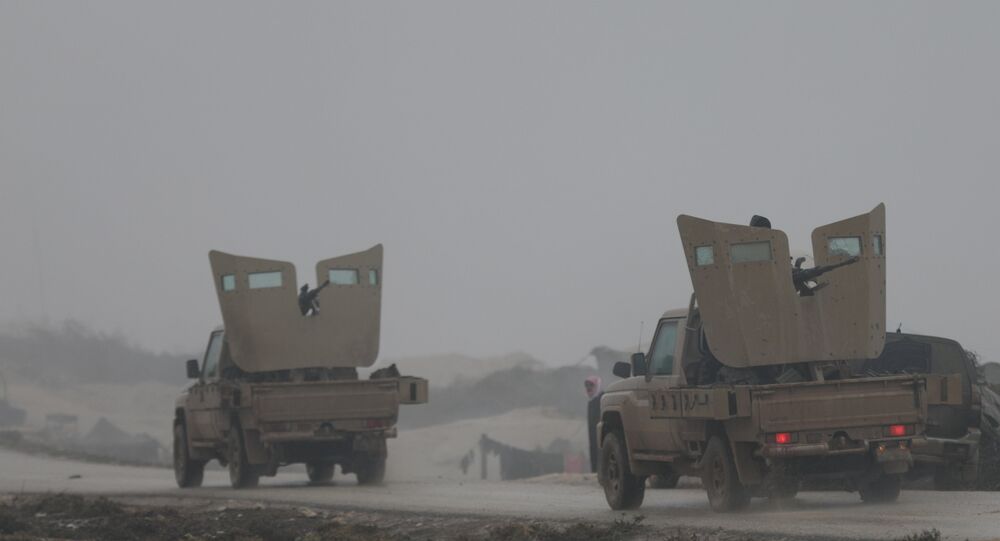 ANKARA (Sputnik) - Ankara is investigating which country has supplied the Kurdish forces with weapons, from which a Turkish tank was destroyed on Saturday, Turkish President Recep Tayyip Erdogan said Sunday.

"We are investigating the circumstances around death of five of our soldiers, we are probing the weapons of what country hit the tank… Regardless of what country gave the terrorists those weapons — it works together with them," Erdogan told a press conference.

© AFP 2020 / MAHMOUD TAHA
US Sends MANPADS to Syrian Kurds as Part of Secret Deal - Reports
On January 20, the Turkish Armed Forces launched Operation Olive Branch against the Kurdish forces in Afrin, an area controlled by the US-backed YPG, which are considered by Ankara to be affiliates of the Kurdistan Workers' Party (PKK), designated as a terrorist organization in Turkey and several other countries. The operation has been conducted jointly with the Free Syrian Army forces.