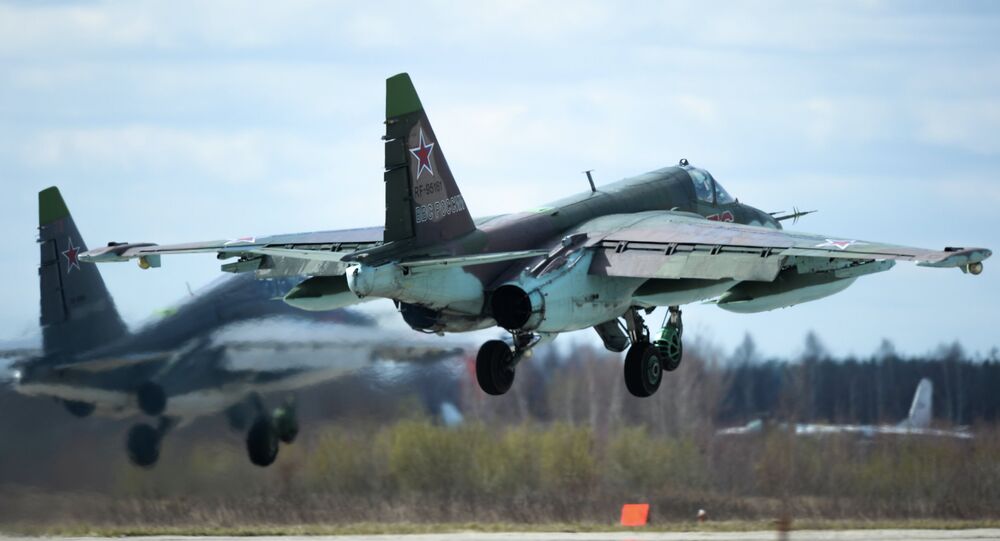 On February 3, a Russian Su-25 warplane was downed by the Tahrir Al-Sham terrorist group in Syria's Idlib. The pilot managed to eject from the plane, but was killed during the ensuing fight with terrorists. An alleged video of the fight which appeared recently on the web purportedly shows another version of events.

According to a video footage, released by the Directorate 4 Telegram-channel, the pilot of the downed Russian Su-25 blew himself up in order to avoid captivity by militants.

Before taking this step, the pilot was shooting at the terrorists who surrounded him.

The Russian Defense Ministry confirmed the downing of the Russian Su-25 attack aircraft on February 3, revealing preliminary information on the possible cause of the downing: the plane might have been shot down by a man-portable air-defense system (MANPAD).

Responding to the attack a few hours later, the Russian Air Forces conducted a high-precision group strike in the area controlled by Jabhat Fatah al-Sham militants in Idlib, from where a missile that downed Russian Su-25 aircraft was launched. According to the ministry, the strike killed at least 30 militants in the area.

The next day, the Syrian special forces launched a military operation in the area with the support of the Russian air forces.