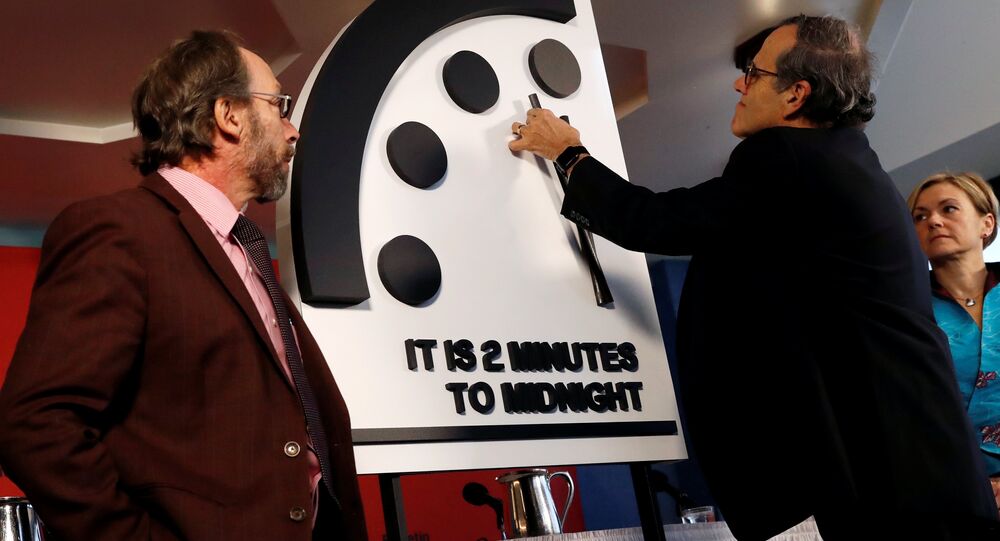 "The US Nuclear Posture Review reflects greater reliance on nukes in violation of the NPT [Treaty on the Non-Proliferation of Nuclear Weapons], bringing humankind closer to annihilation. No wonder the Doomsday Clock is at its most dangerous since 1953," Zarif wrote on Twitter.

The NPR, published on Friday, claims that a stronger US nuclear deterrent is needed to discourage Russia, China, Iran and North Korea from either developing new weapons or expanding existing arsenals.

The NPR notes that these activities are not intended at being employed in a nuclear warfare, however, they are aimed at raising the US nuclear threshold to ensure that the country's potential adversaries perceive no possible advantage in nuclear escalation.