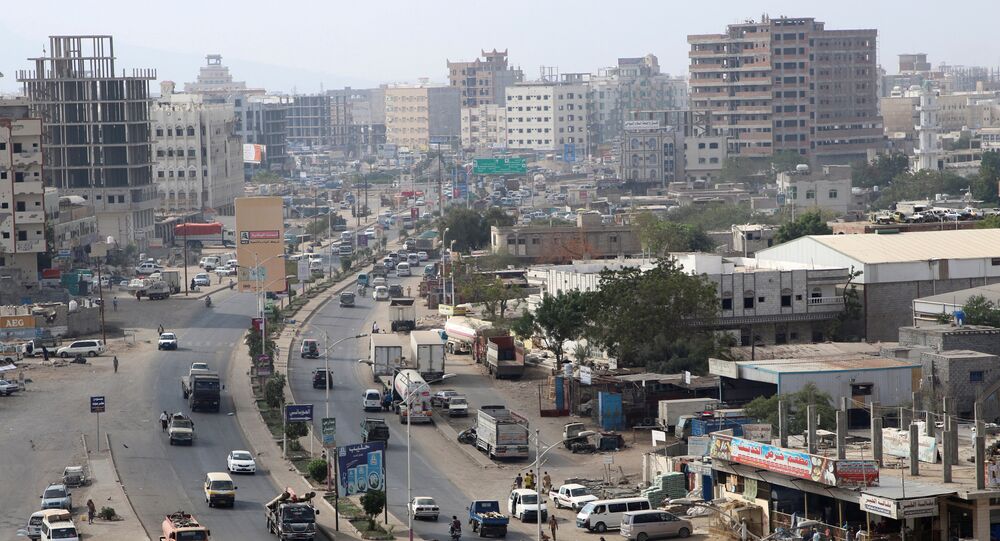 CAIRO (Sputnik) – Armed units of the militant Southern Transitional Council have seized control over practically the entire territory of the city of Aden, a high-ranking Yemeni government source told Sputnik on Tuesday.

"The Transitional Council currently controls the whole city of Aden practically, with the exception of the palace of Al-Maashiq [the presidential palace], which is the 'red line,'" the source said.

On Sunday, fierce clashes broke out between South Yemeni separatists and the government forces of President Abd-Rabbu Mansour Hadi, backed by Saudi Arabia. The tensions escalated after Hadi’s failure to meet the militants' demand on the government to resign by Sunday. The Yemeni health authorities reported that at least 20 people died and 120 were injured as a result of the clashes.

© REUTERS / Fawaz Salman
Yemen Deadlock: PM Reportedly Plans to Flee as Palace Seized
The government agency Saba eralier reorted citing the Ministry of Health, at least 12 people were killed and 132 injured as a result of the outbreak of fighting in Aden.

The militants established the transitional "council of Southern Aden" last May. Aidarus al-Zubeydi, who was dismissed shortly before that by President Abd Rabbu Mansour Khadi, acted as their leader at the time.

READ MORE: Activist: ‘Hadi Has to Go, Someone More Moderate' Must Lead Yemen

The conflict unfolds amid a civil conflict between the Yemeni authorities and Houthis that has been ongoing since 2014. The Saudi-led coalition of mostly Persian Gulf Arab countries has interfered in the conflict since March 2015 upon Hadi's request, carrying out airstrikes against the Houthis.