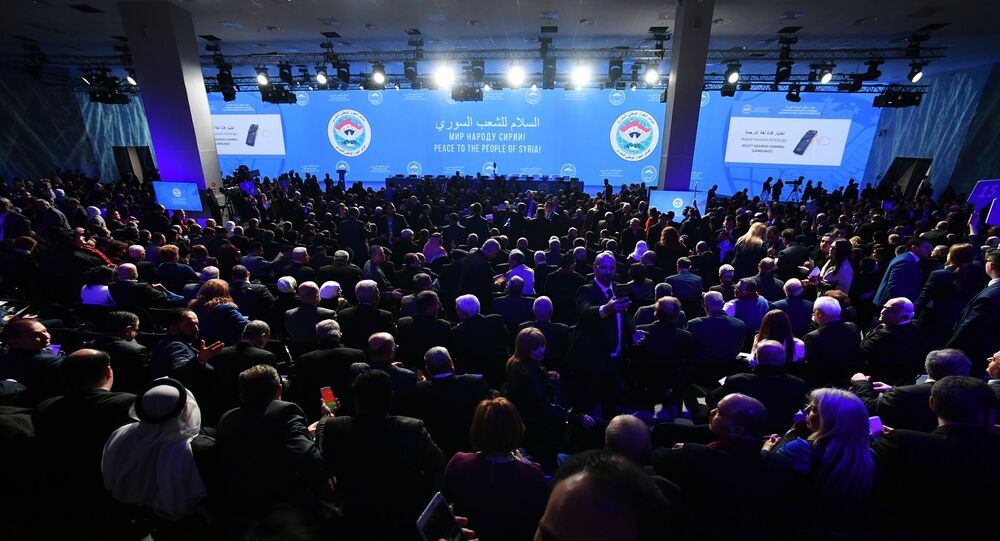 SOCHI (Sputnik) - Only Syria's people may determine the country's future, Russian President Vladimir Putin said in a message to the Syrian national dialogue congress, which officially opened in the southern Russian resort of Sochi.

"Jointly with the partners in the Astana process — Iran and Turkey, influential Arab states, Syria's neighbors, we tried to make this event as representative as possible, based on the fact that only the people of Syria have the right to determine the future of their country," the message says.

The message was read out by Russian Foreign Minister Sergey Lavrov.

The Congress is set to bring together opposition and pro-governmental forces, as well as representatives of all Syrian ethnic and religious groups in order to push forward the process of political settlement, with a specific focus on the constitution and elections. The event also provides an opportunity for all parties to express their views on how they see the future of their country.

© Sputnik / Alexander Vilf
Kurds, Yezidis, Druze to Be Among Participants of Syrian Dialogue Congress in Sochi
A number of states invited to participate in the event, including the United States and France, refused to attend, stressing that the collective focus must remain on the UN-led political process in Geneva. The Russian side has repeatedly noted that the Congress is tasked with supporting the Geneva process, rather than replacing it. Russian special presidential envoy for Syria Alexander Lavrentyev stressed that the Sochi Congress would give an impetus to the Geneva talks.
...
Reddit
Google+
Blogger
Pinterest
StumbleUpon
Telegram
WhatsApp
210