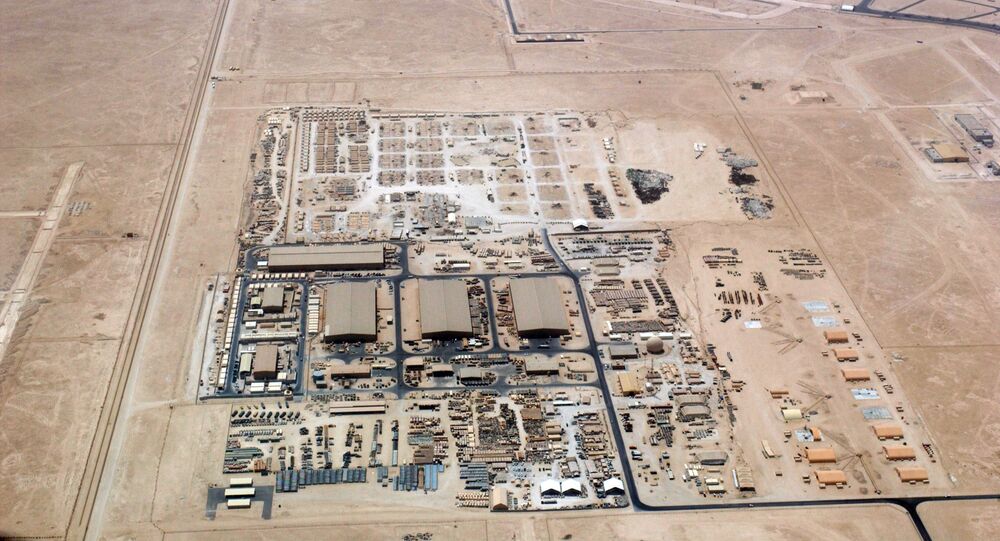 WASHINGTON (Sputnik) - The government of Qatar is expanding US military's Al Udeid Air Base and seeks to make the facility and US presence there "permanent," Qatari Defense Minister Khalid bin Mohammad Al Attiyah said during remarks at a think tank in Washington, DC on Monday.

"We have a big plan to expand Al Udeid to make it permanent," Al Attiyah said. "Colleagues in the US Department of Defense are reluctant to mention the word permanent, but we are working from our side to make it permanent. We are planning for a 2040 Vision in the military-to-military cooperation with the United States in all aspects whether it is in the Air Force, Navy or the land force."

© Wikipedia
Top US Defense Contractor Raytheon Snags $173 mln Contract to Sell Qatar Missiles
Al Udeid is already the largest US military base in the Middle East.

The military base in Qatar is home to the US Air Force Central Command (AFCENT). It houses as many as 11,000 personnel and is critical for the projection of US air power in the region.

The defense chief underscored that a purchase of the S-400, along with weapons systems from other countries, would be no "substitute for our relation with the United States."

Qatari Ambassador to Russia Fahad bin Mohammed Attiyah told Sputnik in December that Doha hopes to conclude the talks with Russia on signing a contract for purchases of Russian-made air defense systems soon.