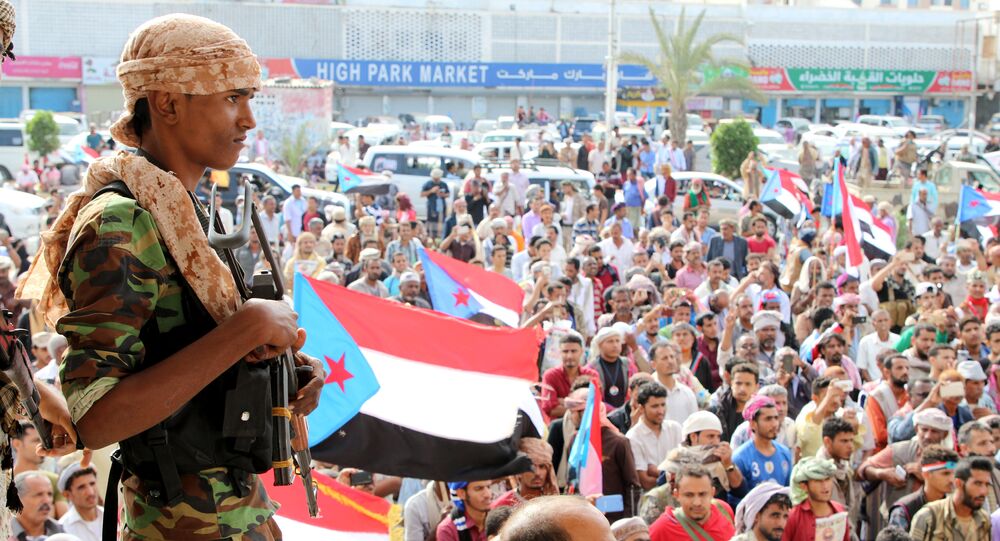 The Yemeni conflict that has been raging since 2015 between the government forces and Houthi rebels, saw a new round last week, with former allies from the part of the pro-governmental forces pushing back against each other.

The Saudi-led coalition that has been supporting the Yemeni government in their fight against the Houthis has called on the parties of a newly escalated sub-conflict to stop clashes, AFP reported Monday.

"We call on the fighters from the Southern Transitional Council to refrain from further escalation while asking the government to listen to their demands," coalition's spokesperson Turki al-Maliki said at a briefing Monday.

The statement of the official comes in wake of two-days clashes between the former allies — the forces of the internationally-recognized Yemen President Abdrabbuh Mansour Hadi and southern rebels in the Yemeni southern port city of Aden.

According to the latest data, the clashes have resulted in at least 24 people dead and dozens wounded.

READ MORE: Yemen's Southern Movement: What They Want and Who They Are

Initially, the Southern Transitional Council, which is striving to restore the independence of South Yemen from the North, supported pro-government forces in their fight against the Houthis.

Last week, however, the movement's Supreme Commander Aidarus al-Zoubaidi accused the Hadi government of "rampant corruption," and declared a state of emergency in Aden, while delivering an ultimatum to the government to resign within a week.

Hadi, in turn, rejected the ultimatum, banned public gatherings, while calling on the Saudi-led coalition to help.

Yemen: 'There is a Deep Need for Diplomatic Solution'