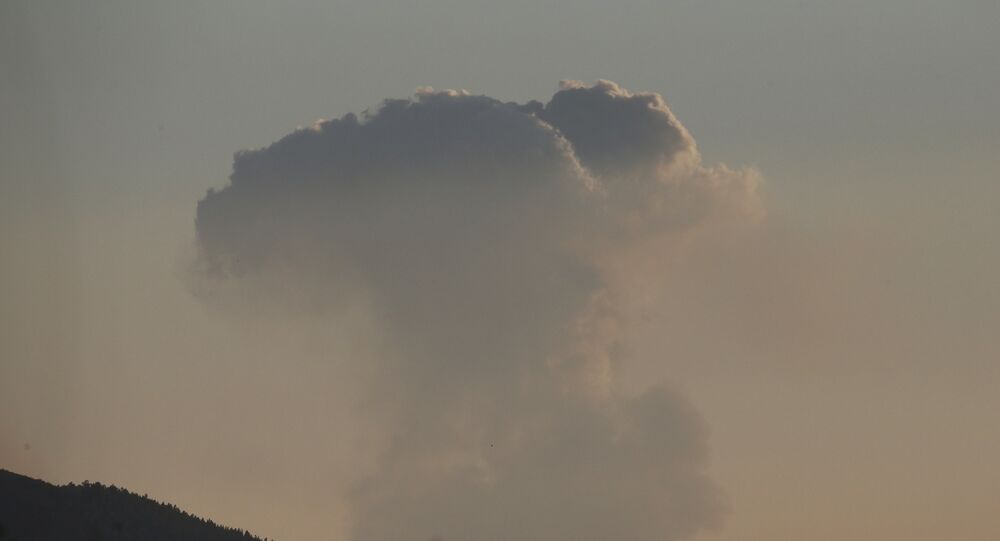 Turkey started a military offensive in Kurdish-dominated Afrin on January 20, aiming to protect its boundaries from various Kurdish militia formations, treated as a potential terror threat by Ankara.

"The Turkish Air Force, during air attacks in the course of operation Olive Branch, on January 27 destroyed 42 targets of the PYD terrorist organization (Kurdish Democratic Alliance Party), YPG (Kurdish Self-Defense Forces), Daesh (banned in Russia) and 53 terrorists. The operation involved 22 aircraft, which returned safely to their bases. Since the beginning of the operation, 394 terrorists have been eliminated. Turkish forces lost two servicemen during the day, and 11 servicemen were injured," a statement from the Turkish General Staff, obtained by Sputnik, says.

The report also noted that two members of the opposition "Free Syrian Army"  have died, and four others were seriously injured.

Meanwhile, Kurdish militia earlier in the day reported the downing of two Turkish reconnaissance Unmanned Aerial Vehicles (UAV) in the village of Adama, as well as two Turkish soldiers killed in the Chia district.

According to the SDF, Turkey keeps bombing Afrin, especially the districts of Jabal Bafalon and Chia. Kurdish forces, in their turn, are repelling the attacks, which are supported by the Free Syrian Army, on Qastal Ma'af, a strategically important point, and have managed to destroy an armored vehicle.

Ankara started its military operation in Syrian Afrin on January 20, soon after the US announcement of their plans to start training the new "Border Defense Forces," comprising the Syrian Democratic Forces (SDF) and the Kurdish YPG militias, affiliated by Ankara with the Kurdistan Workers' Party (PKK), which is designated a terrorist group by Turkey and several other countries.

Explaining the operation as a defense of the country's borders from a "terrorist army," Turkish President Recep Tayyip Erdogan promised to extend operation to other Kurdish-populated areas of Syria, such as Manbij, moving throughout the entire border.

Despite the ongoing offensive, Turkey has stressed that the operation is not aimed against the Syrian government, calling the territorial integrity of Syria its mutual goal with Damascus.