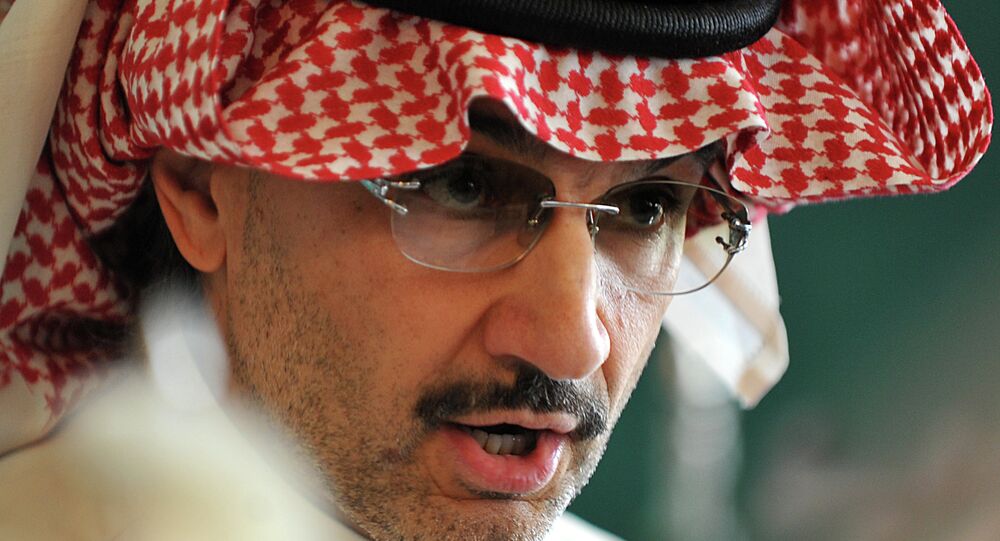 The Saudi Arabian billionaire Prince Alwaleed bin Talal had been detained under the government anti-corruption campaign, launched on November 4 and had spent over two months in luxurious custody.

Saudi Arabian billionaire Prince Alwaleed bin Talal on Saturday was released from his detention in Riyadh's Ritz-Carlton hotel, converted into a luxurious prison to hold royalty and the country's officials, the Reuters news agency reported, citing the Prince's family sources.

Prior to his release, bin Talal told the agency that he soon would be cleared from any wrongdoing, describing his charges as "discussions between me and the government."

"There are no charges. There are just some discussions between me and the government," he said. "I believe we are on the verge of finishing everything within days."

Describing the conditions of the custody, the billionaire found it quite satisfactory, expressing his readiness to stay as long as the investigation takes.

"I have nothing to hide at all. I'm so comfortable, I'm so relaxed. I shave here, like at home. My barber comes here. I'm like at home, frankly speaking," Prince Alwaleed bin Talal stated, as quoted by the media outlet.

"I told the government I'd stay as much as they want, because I want the truth to come out on all my dealings and on all things that are around me."

The information about his release has also been confirmed by his associates, the AP news agency reported.

The discharge comes a week after the report of Saudi Arabia's former finance minister Ibrahim al-Assaf's release from the Ritz-Carlton and clearance from all charges, allowing him to retain his positions as both a minister and king's adviser.

Prince Alwaleed bin Talal had been detained during the anti-corruption campaign launched by Saudi King Salman bin Abdulaziz Al Saud on November 4, 2017 by issuing a decree establishing a new anti-corruption committee in the country chaired by the Crown Prince Mohammed bin Salman that was given the power to investigate and arrest individuals involved in corruption cases, as well as restrict their movement, freeze their accounts, and track their funds and assets.

The decision was followed by the arrests of over 200 officials and businessmen, including government ministers such as Minister of Economy and Planning Adel Fakeih.

The arrested high-ranking figures might reportedly keep their positions if they agree to cooperate with investigators, refusing money, allegedly involved in the corruption scheme.