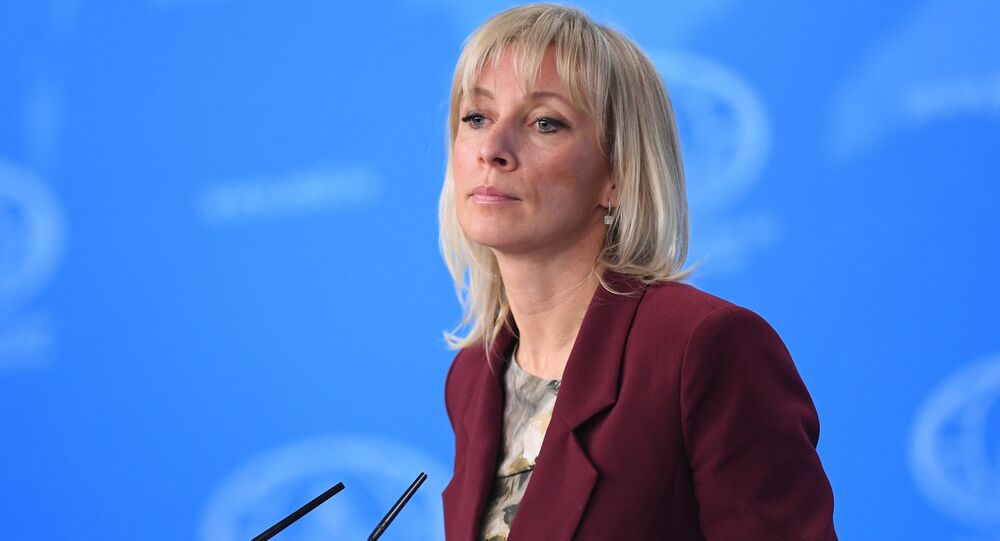 The US plans to maintain a military presence in Syria do not contribute to the settlement of the situation in the country, Russian Foreign Ministry spokesperson Maria Zakharova said.

The strategy of the United States in Syria is aimed at dividing this country, Russian Foreign Ministry spokesperson Maria Zakharova said at a briefing on Thursday.

"..the US continues to proclaim the removal of the legally elected president of Syria from power <…> We are convinced that such an approach contradicts international law and does not contribute to a political settlement of intra-Syrian problems on the basis of UN Security Council Resolution 2254," Zakharova said.

Zakharova drew attention to the fact that "delay with the restoration of the unity of Syrian society is fraught with new dangerous challenges."

© REUTERS / Khalil Ashawi
The US Hand in Syria is as Weak as You Can Possibly Imagine – Analyst
"This is happening now in the area of the city of Afrin, where the units of the Turkish armed forces together with Syrian opposition detachments are conducting a military operation. The Turkish side, as you know, presents this as a response to threats to Turkish security, which formed in the north of Syria in the absence of control over the government of this country," she added.

Earlier in a speech at Stanford University, Secretary of State Rex Tillerson made a number of statements on Syria. He stressed that the US, EU and regional partners would not help in restoring the areas controlled by Syrian President Bashar Assad, and called on other countries to exert economic pressure on Assad.

READ MORE: Ankara Believes Too Early to Discuss US Proposal on Security Zone in Syria

Tillerson added that the US will focus on stabilization and political settlement in Syria, with one of Washington's goals being to reduce Iran's influence in the country.

In Syria, where armed conflict has continued since 2011, four de-escalation zones have been set up: one in Idlib, including part of Hama province, the second one north of Homs, the third in the area of East Guta in the suburbs of Damascus and the fourth — in the province of Deraa on the border of Syria and Jordan.