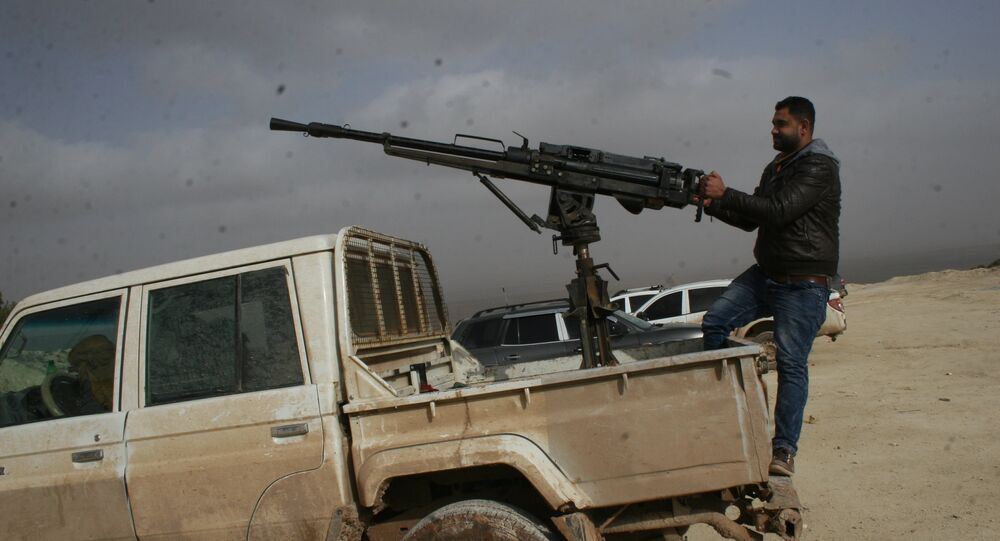 "During the air operation in Afrin today [Jan. 24], our Air Force hit 47 targets of the Kurdish Democratic Union Party, Kurdish Self-Defense Forces and Daesh [IS] terrorist organizations. A total of 27 aircraft participated, all of them safely returned to the bases," the General Staff said in a statement.

The statement added that a total of 287 terrorists were killed during the four days of the Olive Branch operation, that started on Saturday in the wake of reports that the United States announced the intention create the north of Syria a security force that would include Kurdish militants.

© REUTERS / Osman Orsal
Turkish Military Column Reportedly Enters Aleppo Province in Pursuit of Kurds
However, a spokesman of local administration of Syria's Afrin Ibrahim Ibrahim told Sputnik on Wednesday that the number of the Kurdish People's Protection Units' (YPG) fighters killed during the ongoing Turkish military operation has been exaggerated in Ankara's statements.

"I cannot calculate a precise death toll, there are killed people, but no more than 15 or 20," Ibrahim Ibrahim said.

The beginning of the Olive Branch Operation was announced on January 20 when Ankara's Armed Forces started an offensive against some groups of Syrian Kurds in the enclave of Afrin, which Ankara considers to be terrorist.

Damascus condemned Turkey's actions in Afrin, noting that it is an inherent part of Syria. Russia, commenting on the situation in Africa called on all parties to restrain and respect the territorial integrity and sovereignty of Syria.