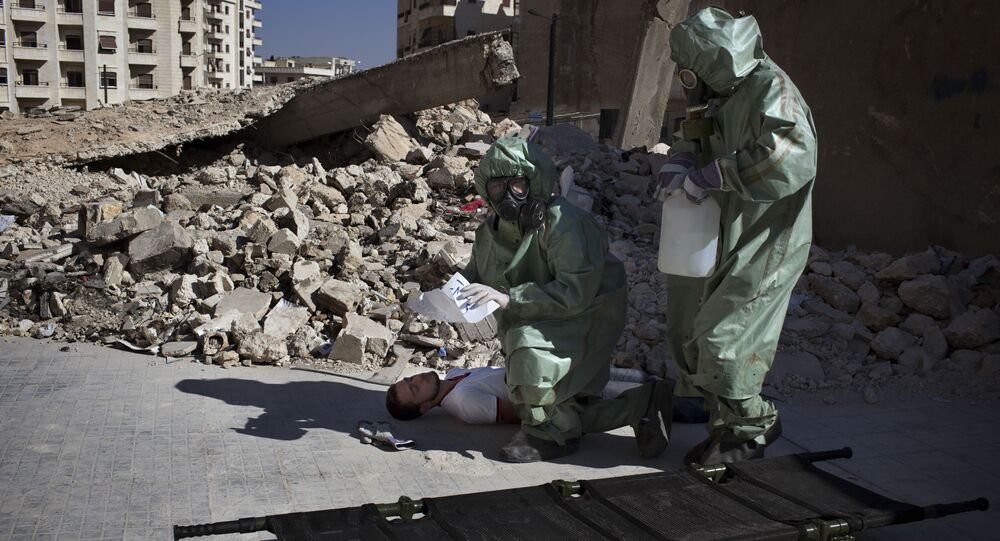 WASHINGTON (Sputnik) - The United States supports the French-led International Partnership Against Impunity for the Use of Chemical Weapons in order to hold those who use chemical weapons responsible for their actions, the White House said in a statement on Wednesday.

"The United States strongly supports this French-led Partnership to hold accountable those responsible for the use of chemical weapons anywhere in the world," the statement said.

The White House said another goal of the partnership is to prevent "further erosion of the universal norm against the use of chemical weapons."

The partnership is important because Russia has repeatedly vetoed the United Nations' investigative mechanism for chemical weapons use in order to identify those behind chemical attacks in Syria, the White House added.

The statement said all countries must condemn the use of chemical weapons and hold those who commit murder with those weapons, as well as anyone sponsoring and supporting them accountable.

© AP Photo / Frank Franklin II
China Welcomes Russian Resolution on New Chemical Weapons Investigative Mechanism in Syria
International Partnership Against Impunity for the Use of Chemical Weapons launched by the French Foreign Minister Jean-Yves Le Drian is a number of commitments aimed at promoting cooperation in the fight against those engaged in the use or production of chemical weapons. For example, countries which will endorse this initiative pledge to make public any information they get on the perpetrators of chemical attacks.

Washington's announcement on support of the partnership comes after on Tuesday it accused the Syrian government of continuing use of chemical weapons following an alleged chlorine attack in eastern Ghouta the previous day, with Damascus dismissing the claimes as "lies"

Kremlin spokesman Dmitry Peskov stated that Moscow categorically rejects the position of the US on the issue of chemical weapons use and warns against "labeling without any basis." On Tuesday, Russia introduced a draft UN Security Council resolution to create a new international investigative body with the participation of the Organization for the Prohibition of Chemical Weapons (OPCW) to objectively probe the use of chemical weapons in Syria.