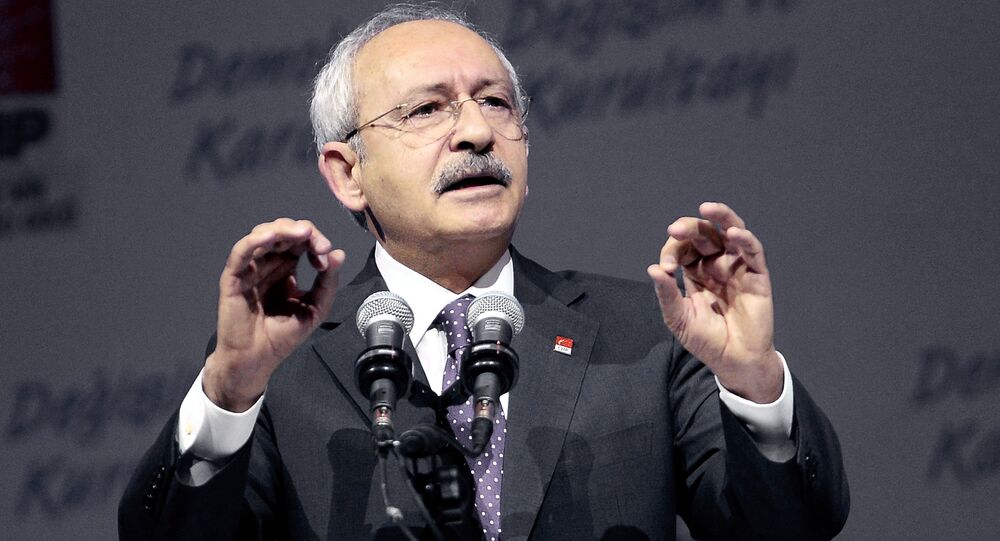 "Operation Olive Branch was inevitable on the country's agenda. We want it to be finished without significant losses. Our troops are making their contribution to Syria's territorial integrity," Kilicdaroglu told reporters after a meeting with Prime Minister Binali Yildirim.

The prime minister, in turn, thanked the two main opposition parties, CHP and the Nationalist Movement Party, for their support of the operation in the north of Syria.

© AP Photo
Turkey’s Presence in Afrin Shows Complex Syrian Conflict ‘Nowhere Near Ending’
Pro-Kurdish Peoples' Democratic Party was the only one among the four movements in the Turkish parliament to criticize the campaign against the Syrian Kurds. The territories in Afrin, close to the Turkish border, are controlled mainly by Syrian Kurds' militias, which Ankara considers to be linked to the Kurdistan Workers' Party (PKK), designated as a terrorist organization in Turkey.

The Turkish General Staff announced the beginning of the campaign on Saturday, while Yildirim confirmed the launch of the offensive on the ground on Sunday. Damascus has condemned the operation, saying it was a violation of Syria's sovereignty.