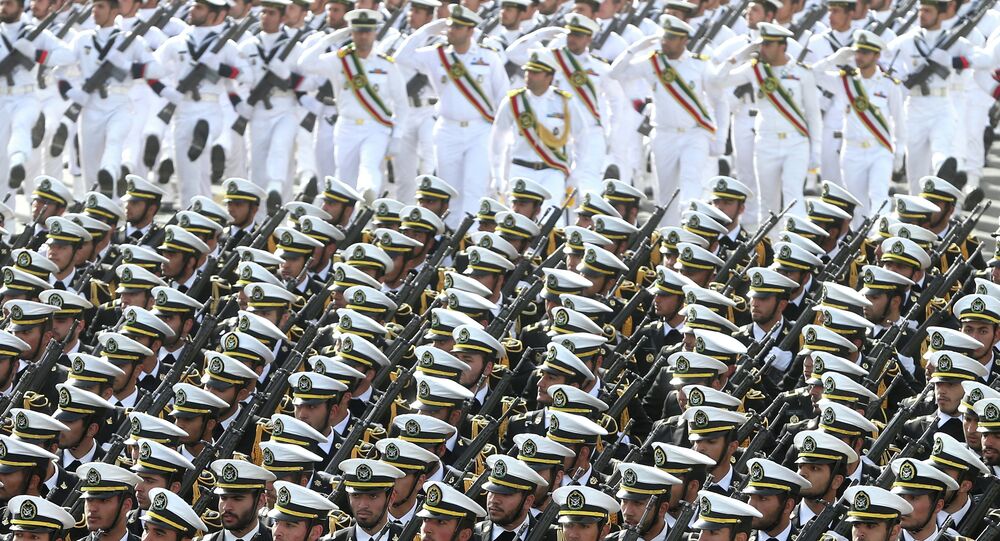 The Iranian military kicked off their annual drills just off the Strait of Hormuz, the strategically and economically crucial waterway that separates the Persian Gulf from the Gulf of Oman.

The long-awaited drill underscores sky-high tensions between Iran and the US, who have butted heads in the Strait in the recent past.

The two-day exercises will include Iranian Army, Navy, and Air Force personnel. Notable by their absence is the Revolutionary Guard, the enormously powerful paramilitary force whose stated purpose is to defend the Islamic Republic from threats both foreign and domestic.

The exercises, which have been code named "Mohammad Rasoulallah," meaning "Mohammad, Messenger of God" in Arabic, were briefly disrupted on Monday by a pair of warships of unknown nationality. "Iranian drones identified the vessels, then Iranian planes flew over them and gave them a warning. The vessels left the area," said Rear Admiral Mahmoud Mousavi, spokesman for the exercises.

Mousavi added that the warships were believed to belong to either the US or one of their regional allies.

The Strait of Hormuz sees around 35 percent of all sea-trafficked petroleum pass through it due to its proximity to five of the nine largest oil producing countries: Saudi Arabia, Iraq, Kuwait, Iran, and the UAE. The Strait is the only way by sea out of the Persian Gulf.

It has also become notable for being a flashpoint for tensions between Iran and the US after repeated clashes between their navies in the Strait. The nadir of relations came in July 1988, during the Iran-Iraq War, when a US missile cruiser, the USS Vincennes, shot down an Iranian airliner in the Strait, killing all 290 people on board.

In 2008 and 2011, standoffs again formed that threatened war. The 2011 incident ended in the European Union enacting strict economic sanctions against Iran that would not be softened until the passing of the Joint Comprehensive Plan of Action to halt Iran's nuclear program in 2015.

In January 2016 the Revolutionary Guard seized two US Navy riverine boats that had strayed into Iranian territorial waters 400 miles from the Strait. Ten American seamen were captured and held for 15 hours before being released unharmed. They claimed to have entered Iran's territory by accident due to a navigational error.