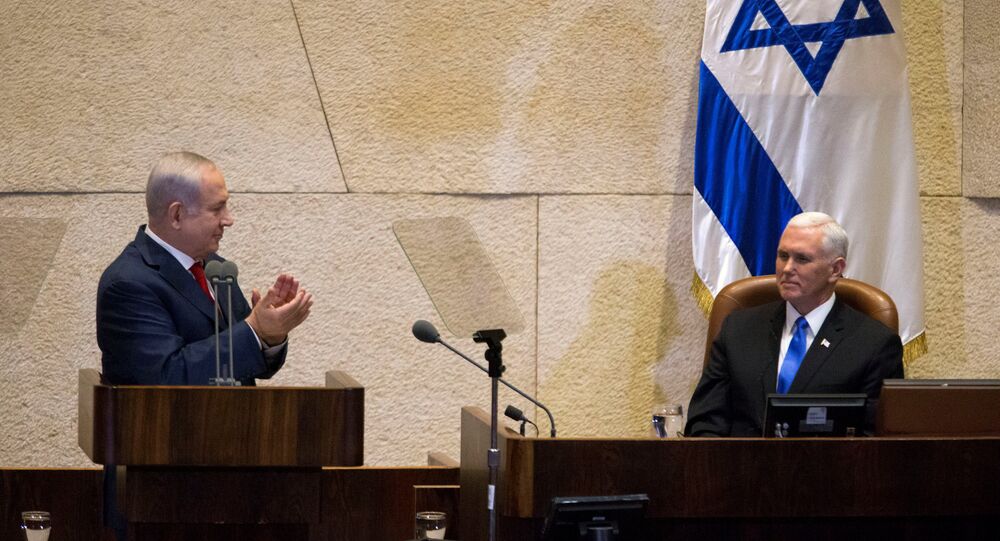 The US vice president has arrived in Israel to have talks with the state leadership and deliver a speech in the country's parliament amid high tensions over President Trump's decision to recognize Jerusalem as the capital of Israel.

Pence said during his speech in the Knesset, Israel's parliament, on Monday that Washington will "never allow" Iran to have nuclear weapons. He added that the Iran nuclear deal is a "disaster" and underscored that the US will pull out from the deal if it's not fixed in the coming months.

The Trump Administration is "committed to enact effective and lasting restraints on Iran's nuclear and ballistic missile programs," the vice president added.

Since the inauguration of Donald Trump, the US administration has questioned whether or not to withdraw from the Iran nuclear deal, a plan that stipulates the lifting of international sanctions against Tehran. Officially known as the Joint Comprehensive Plan of Action, the agreement was signed on July 14, 2015.

The JCPOA was signed in July 2015 between Iran and six mediators, with the United States among them. The implementation of the plan by Iran led to the lifting of international economic sanctions against the country.

© AP Photo / Alex Brandon
US, Jordan 'Agreed to Disagree' on Trump's Jerusalem Decision - Pence
Speaking before the Israeli parliament in Jerusalem, Pence became the first top US official to visit the ancient city since US President Trump recognized it as the capital of the Jewish state last month. In his remarks, the vice president also said that the US embassy will be relocated from Tel Aviv to the holy city by the end of 2019.

Pence's visit to Israel prompted a mixed reaction in the Middle East. While Israel's Prime Minister Benjamin Netanyahu praised it, saying that the US Vice President was standing for "truth," Arab lawmakers in the Knesset condemned it, labeling Pence a "dangerous man" who sought to destroy the Middle East.

The US vice-president visited Israel after state visits to Egypt and Jordan, where he discussed the cooperation following Trump's acknowledgment of Jerusalem as Israel's capital last December. The controversial move has triggered protests all over the Arab world. The UN Security Council has also adopted a resolution condemning the decision.