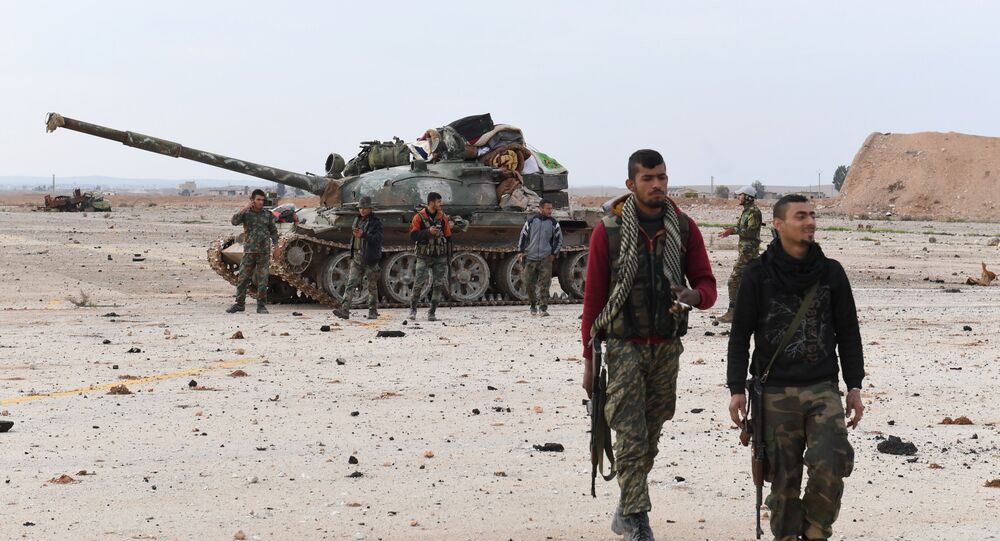 MOSCOW (Sputnik) - Syrian government troops and local militia units have started the operation to eliminate al-Nusra Front terrorists, who have been surrounded in the eastern part of Idlib province, the Russian Defense Ministry said.

According to the ministry, over the past 24 hours, the units of the Syrian army have advanced 3.7 miles to the north of Abu Duhur airfield and liberated 24 settlements from militants.

The Syrian army supported by allied forces have been carrying out an anti-terrorist operation in the province for over a month.