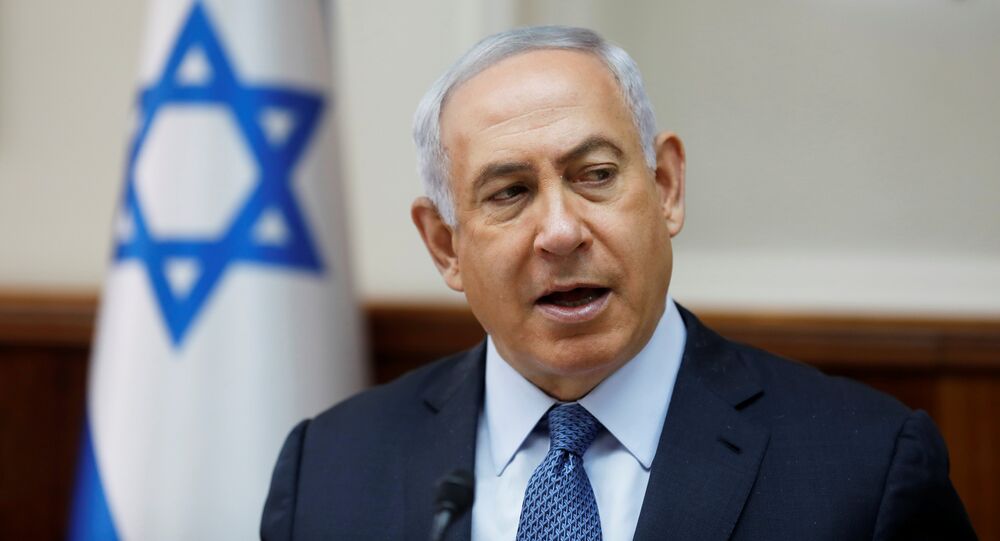 TEL AVIV (Sputnik) - Israeli Prime Minister Benjamin Netanyahu has called on European nations to propose amendments to the nuclear deal with Iran and take seriously US President Donald Trump's warning to withdraw from the agreement in case of failure to correct it.

"I have a message for the countries of Europe: I suggest that they take President Trump's words seriously. If they want to preserve the nuclear agreement with Iran, they must propose amendments to the agreement that will prevent Iran from going nuclear, which threatens them and the entire world," Netanyahu said at an ambassadors conference at the Foreign Ministry in Jerusalem.

© Sputnik / Grigoriy Sisoev
Lavrov Props Iran Nuclear Deal, Laments Brash US Policies at Annual Press Event
Earlier in January, Trump's administration announced that it would waive sanctions on Iran as it was required by the Joint Comprehensive Plan of Action (JCPOA), also known as the Iran nuclear deal. However, the US leader said it would be the last time he signs the waiver unless the deal is modified. Trump also announced his intention to toughen anti-Iran sanctions over Tehran's ballistic missiles tests.

The European External Action Service (EEAS) said that EU countries would prepare a joint assessment of the US statements on Iran, but intended to continue to fulfill their obligations under the nuclear deal after Trump's statements on the need to fix "significant flaws" in the JCPOA.

The Israeli prime minister, a long-standing vocal opponent of the nuclear deal and the Iranian government, has repeatedly praised Trump's efforts to challenge the JCPOA. Netanyahu believes that the nuclear deal with Iran provides opportunities for Tehran to acquire nuclear weapons.

The JCPOA was signed in July 2015 between Iran and six mediators, with the United States among them. The implementation of the plan by Iran led to lifting international economic sanctions against the country.