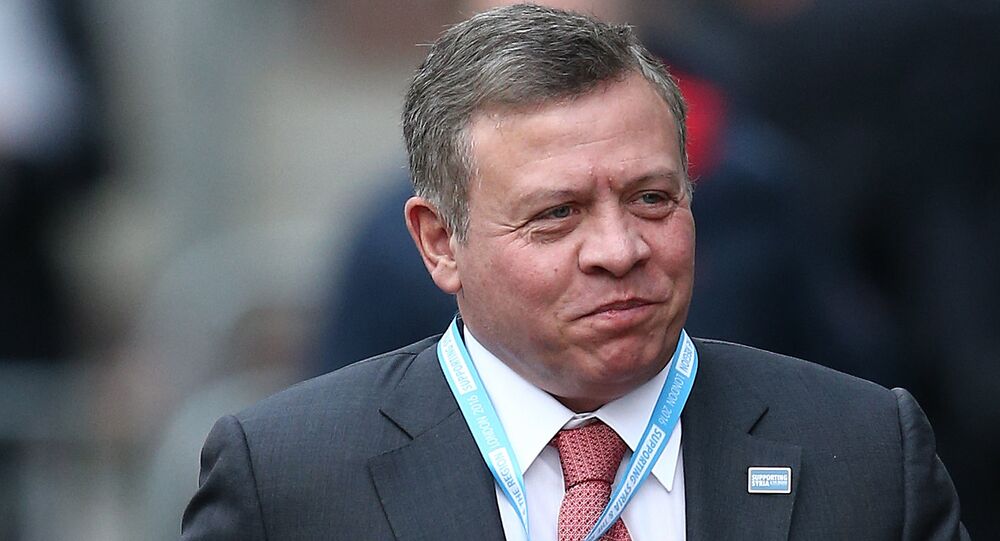 Jordanian King Abdullah II has stated that the Israeli-Palestinian conflict can be only solved by a two-state decision, the Reuters news agency reported.

According to the agency, King Abdullah has held talks with US Vice President Mike Pence in the capital city of Amman, reteirating the Jordanian position on the Israeli-Palestinian conflict by saying that East Jerusalem should be the capital of a future Palestinian state.

The king continued by saying that the Israeli-Palestinian conflict could only be solved by a two-state decision and urging Pence to "rebuild trust and confidence," following US President Donald Trump's controvercial decision to recognize Jerusalem as the Israeli capital, which sparked mass criticism around the world, especially in Muslim-dominated countries.

As the king noted, the US resolution wasn't a part of a "comprehensive settlement" of the conflict, saying that Washington now has a "major challenge to overcome."

Pence, in turn, responded to his words by saying that the US was "committed to restarting the peace process."

Meanwhile, the US Department of State outlined Washington's plans concerning the issue on January 19, the decision on an interim facility to move the country's embassy to Jerusalem has not been yet taken, which echoes Rex Tillerson's explanations in mid-December that the embassy was likely to be relocated no earlier than 2020, or possibly even later.