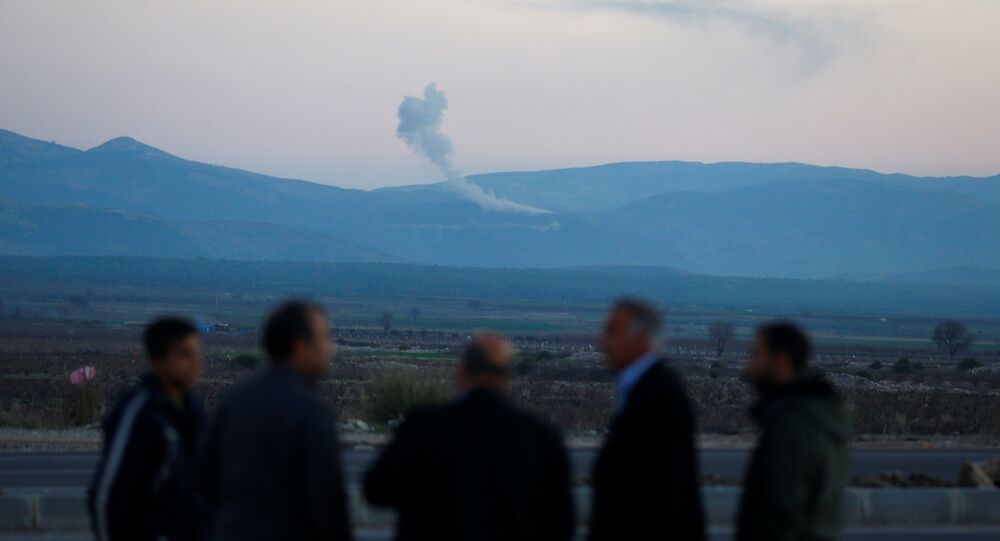 MOSCOW (Sputnik) - The Arab-Kurdish Syrian Democratic Forces (SDF), supported by the United States, on Saturday issued a statement expressing readiness to defend themselves and the Kurdish people against the Turkish military operation near the Syrian town of Afrin.

"If attacked, we will have no choice but to defend ourselves and our people, but we state in front of the world that we harbor no hostile intent towards Turkey and would only take measures in our own defense in the event of hostile operations against our people," the statement said, responding to Turkish President Recep Tayyip Erdogan's announcement of the de facto launch of a military operation against the Kurdistan Workers' Party (PKK) and its affiliates Democratic Union Party (PYD) and People's Protection Units (YPG) in northern Syria.

The start of the offensive was officially confirmed by the Turkish General Staff later in the day.

According to the statement, the activities of Ankara could "breathe new life into" the Daesh terrorist group (outlawed in Russia).

Rojahat Roj, the Press Secretary of the Kurdish Self-Defense Forces YPG in Afrin commented on the operation in his interview to Sputnik:

"The Turkish Air Force planes bombed 100 positions in the Afrin area, and fired at YPG positions. There are no casualties among our fighters. The strikes were conducted in areas close to the center of Afrin. The Turkish military and the Free Syrian Army (FSA) wanted to enter Afrin from the territory of the Bilbile district, but YPG forces prevented them. Clashes are ongoing. We do not have information about losses among the FSA and Turkish Armed Forces; their attacks will not go unanswered. The bombardment is ongoing. According to our information, the airstrikes involved 56 military warplanes. Turkish military aircraft also struck civilian settlements, wounding 7 civilians."

Earlier in the day, media reported that the Turkish aircraft had already attacked the positions of the Kurdish militias in northern Syria and the Free Syrian Army armed opposition group had launched an offensive on the positions of Kurds.

Turkey's offensive in the Kurdish-dominated territory does not come of a sudden: the country has been threatening to launch the invasion in Afrin since last week, following the US announcement of its decision to start training a border protection force comprising the US-backed Syrian Democratic Forces (SDF), affiliated with the Kurdish People's Protection Units (YPG), which Turkey considers to be a terrorist group.

Commenting to the Turkey's announcement, US State Department spokesperson Heather Nauert called on the country not to engage in any invasion of Syria's Afrin, reiterating a statement made by US Secretary of State Rex Tillerson, who also assured that the US had no intention to build a Syria-Turkey border force, saying the issue, which has incensed Ankara, had been "misportrayed."