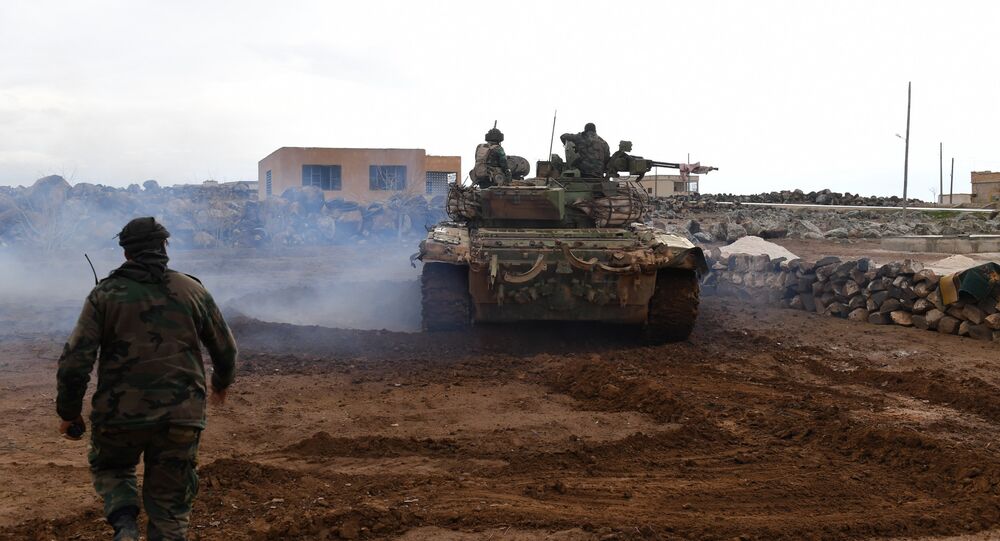 The base was lost to militants in 2015. Its capture means a significant achievement for the Syrian Army in its offensive in Idlib, which started in December.

The Syrian Army and its allied forces have retaken control of the Abu Duhur airbase in Idlib from militants on Saturday, Reuters reported citing a Hezbollah media unit.

The base was lost to militants in 2015. The capture is a significant achievement for government troops as the Syrian Army has been conducting operations against militants in the region since December.

The province of Idlib, which borders Turkey, is mainly controlled by the Free Syrian Army (FSA), other opposition forces and terrorist groups, such as al-Nusra Front, which are fighting against government forces. Clashes between the militants' amid successful offensives of the Syrian Army sometimes result in civilians casualties.

The Syrian civil war has been since 2011, with government forces fighting against both Syrian opposition groups, who strive to overthrow President Bashar Assad, and numerous extremist and terrorist groups such as Daesh and Jabhat Fatah al-Sham.