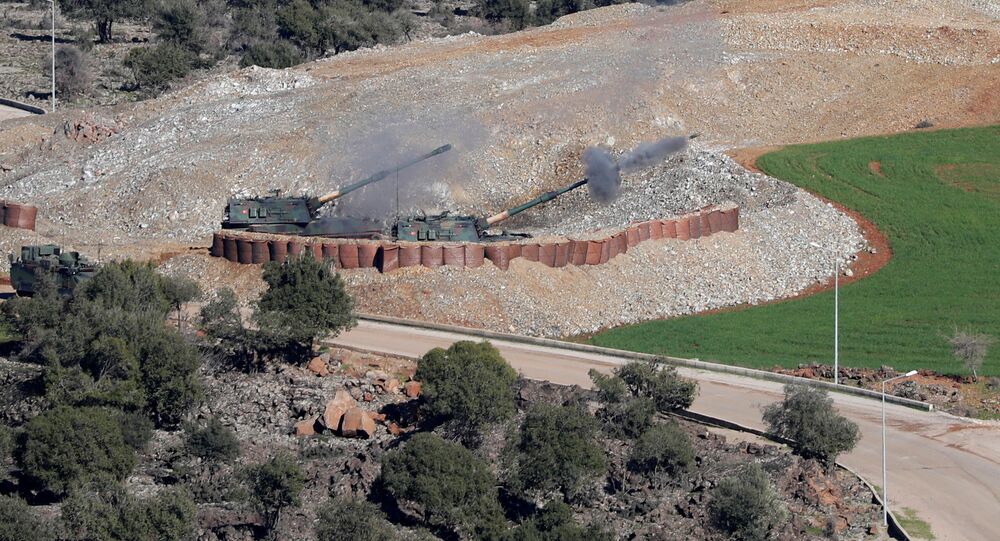 Turkish President Recep Tayyip Erdogan has confirmed that an operation in Syria's Afrin has de-facto started on the ground.

"The Afrin operation has de-facto been started on the ground," Erdogan said in a televised speech, adding that "this will be followed by Manbij," referring to another Kurdish-controlled Syrian town.

Following Erdogan's speech, a senior Turkish official told Reuters that after Afrin, the Turkish military would free nearby Manbij with the aim to rebuild social and economic infrastructure in the region.

The day before, Turkish Defense Minister Nurettin Canikli said in an interview with the Haberturk broadcaster that an operation in Afrin had "de-facto" started with cross-border shelling.

© AFP 2021 / George OURFALIAN
Kurds in Syria's Afrin to Resist Turkey's Potential Attack - Kurdish Politician
Turkey has been threatening to launch an operation in Afrin since last week after the US announced its decision to start training a border protection force composed of the US-backed Syrian Democratic Forces (SDF), affiliated with the Kurdish People's Protection Units (YPG), considered to be a terrorist group by Turkey. The day before, the operation de facto started.

Following Turkey's announcement, US State Department spokesperson Heather Nauert urged Turkey not to engage in any invasion of Syria's Afrin, echoing a statement made by US Secretary of State Rex Tillerson, who also assured that the US had no intention to build a Syria-Turkey border force, saying the issue, which has incensed Ankara, had been "misportrayed."