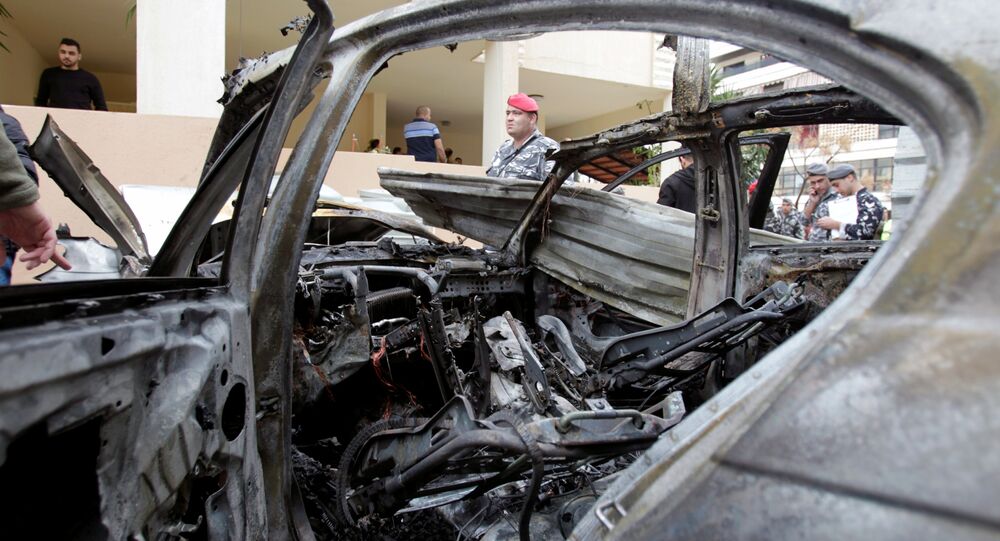 BEIRUT (Sputnik) - Hezbollah leader Hassan Nasrallah said Friday that Israel was behind a recent car bomb attack on one of the leaders of the Palestinian movement Hamas in the Lebanese city of Sidon.

"Everything indicates that the enemy Israel is behind the plotting of the blast targeting one of Hamas' leaders in Sidon. We hope that it will be qualified as a crime and violation of sovereignty," Nasrallah told the Al Manar TV channel, noting that the incident posed danger to the security of Lebanon.

On Sunday, Mohamed Hamdan was injured after an explosive device planted in his BMW went off in Sidon.

The incident took place after on December 12 Washington and Tel Aviv had agreed upon the "general framework for future cooperation regarding Iranian malign activities", forming four joint teams to grapple with Iran's activities in the Middle East region, including Tehran's clout in Syria and its support for the Lebanese militant group Hezbollah.

The memorandum of understanding aimed to tackle the alleged Iranian threat, was reportedly signed during a meeting at the White House between US National Security Adviser H.R. McMaster and his Israeli counterpart Meir Ben-Shabbat.

The United States has officially supported the Israeli side in the Jerusalem's issue, announcing its recognition of the disputed city as the Israeli capital on December 6, 2017. This controversial move sparked mass protests across the globe and the opposition from Muslim countries, as well as the UN, which backed the Palestinians by its resolution.