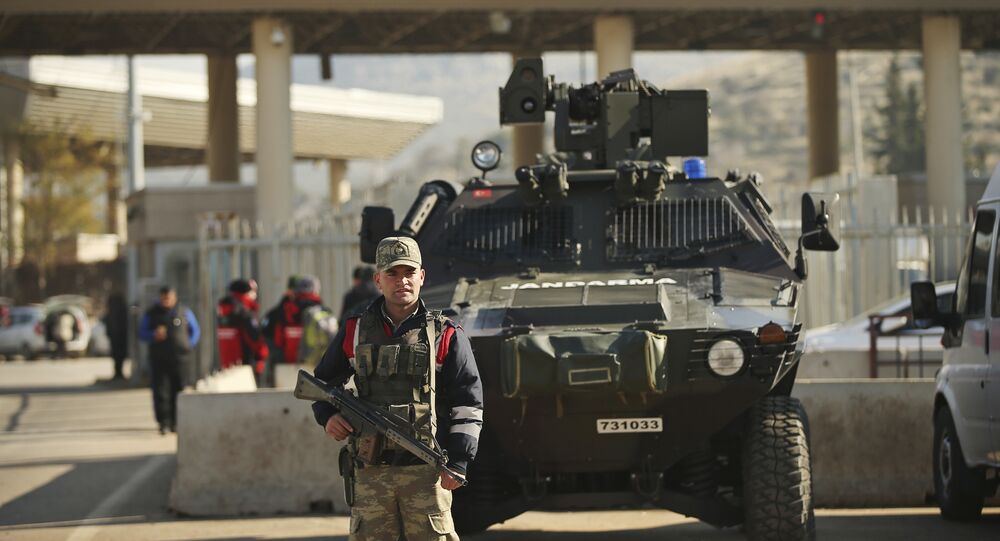 "Over the last three days U.S. officials have made statements that refute one another. One day it was said that a new border force had been set up, another day they said they are setting up a unit with local forces in order to maintain security in the region after eliminating DAESH in the region. These are all confusing statements … The U.S. should eliminate the confusion about the future of the region," Yildirim said at a security conference in Ankara, as quoted by the Hurriyet Daily media outlet.

The statement was made after Col. Thomas Veale, the public affairs officer of the US-led coalition, said in an interview with The Defense Post news outlet, published on Saturday, that the coalition had been training the Kurdish Syrian Democratic Forces (SDF) to create a 30,000-strong force to maintain security along Syria's borders. US Secretary of State Rex Tillerson said on Wednesday that Washington had no intention to create a security force along the Syrian border, and that the issue was "misportrayed."

The prime minister reiterated Ankara’s strong opposition against the idea of creating a "terrorist army" next to Turkey's southern borders, vowing that Ankara would do everything possible to prevent it.

"Turkey’s stance is open and clear. It is impossible for us to allow any settlement of a terror army right on our border. All necessary measures that ensure the security of our citizens and borders will be taken without any hesitation," Yildirim stressed.

Turkish authorities strongly protested against the establishment of "border security forces" in northern Syria, since the SDF is affiliated with the Syrian Kurds' People's Protection Units (YPG), which Ankara considers an extension of Turkey's Kurdistan Workers' Party (PKK), designated as a terrorist organization by Turkey.