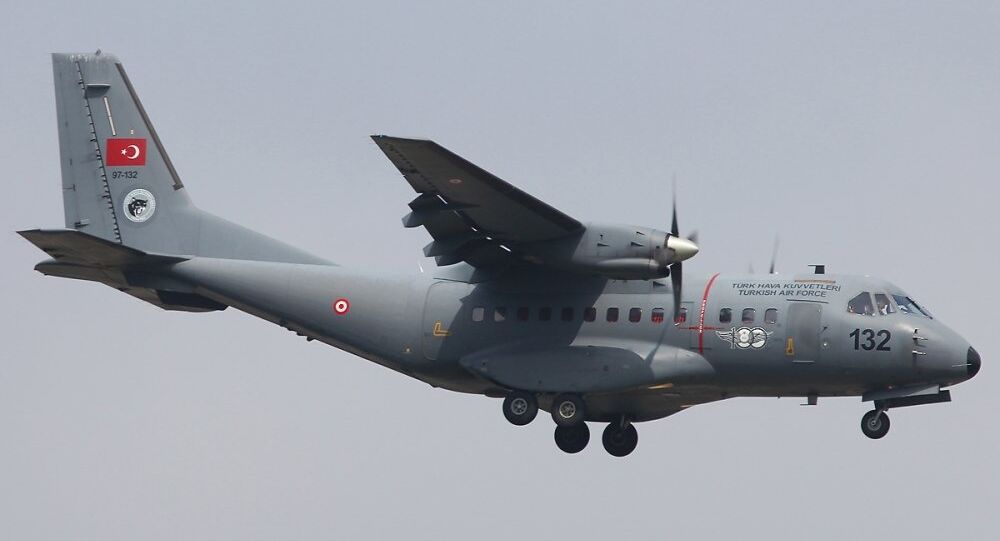 The rescue teams have found the wreckage of the Turkish Air Force's CASA CN-235 aircraft that crashed in the southern province of Isparta on Wednesday, the Daily Sabah reported, citing the local governor.

A technician and pilot were killed after an air force cargo plane went down near the town of Yalvac, according to Dogan News Agency. The plane left on a training mission from Eskisehir Main Jet Base Command and disappeared from radars at around 11 a.m. local time. The wreckage was found two hours later, Aero news outlet reported, citing Turkish Air Forces.

Governor Sehmus Gunaydın told Daily Sabah that a thick fog in the area could have been the reason for the crash.

The incident is considered to be the the third in which a Turkish CASA CN-235 plane has crashed; two such accidents happened in May 2011. The deadliest one took the lives of 35 people.

The CN-235 is a medium-range twin-engined transport plane designed by Turkish and Spanish firms. It is used as a transport, military and spy aircraft. Turkey has some 59 CN-235 planes.

CN-235 CASA-type Military Transport Plane crashed, we have 3 casualties. There is not yet information on the reason of the incident