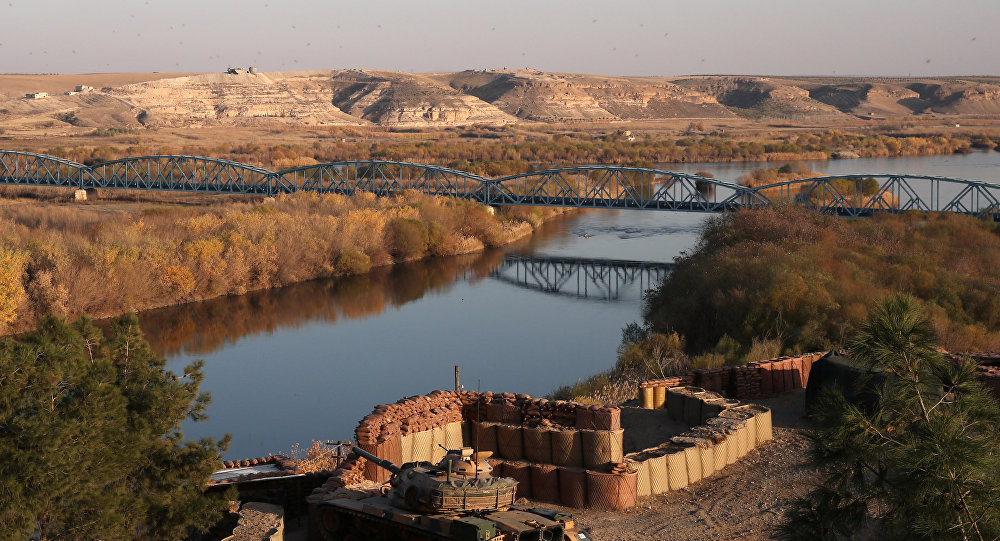 MOSCOW (Sputnik) - The National Coalition for Syrian Revolutionary and Opposition Forces on Wednesday condemned the US-led coalition's plans to set up a special force to ensure security on the Syrian border and rejected any justifications of the project.

"The coalition condemns the US plans to form border forces in the northeast of Syria and states that any justifications or any reasoning backing these plans are unacceptable," the opposition coalition said in a statement obtained by Sputnik.

The opposition members acknowledged the importance of the fight against Daesh, but stressed that it could not justify the help to any groups in Syria "that committed crimes against Syrians."

"It is unacceptable to transfer the territories liberated from IS [Daesh] to the PYD [Syrian Kurds' militia, linked to the SDF] or any other group whose agendas are in contradiction to the goals of the Syrian revolution," the statement said.

The National Coalition stressed that any attempts to divide Syria were doomed to fail.

© REUTERS / Umit Bektas
Erdogan Hopes to Continue Talks on Syria With Putin Rather Than Trump
Last week, a representative of the US-led international coalition against Daesh told The Defense Post news outlet that the coalition was training members of the Syrian Democratic Forces (SDF) who would later join the newly-established border forces in SDF- controlled territory in northern Syria. The decision to form the forces has angered Damascus and Ankara, with the latter urging NATO to oppose Washington's intentions and promising to "strangle" the forces before they are created.
...
Reddit
Google+
Blogger
Pinterest
StumbleUpon
Telegram
WhatsApp
92