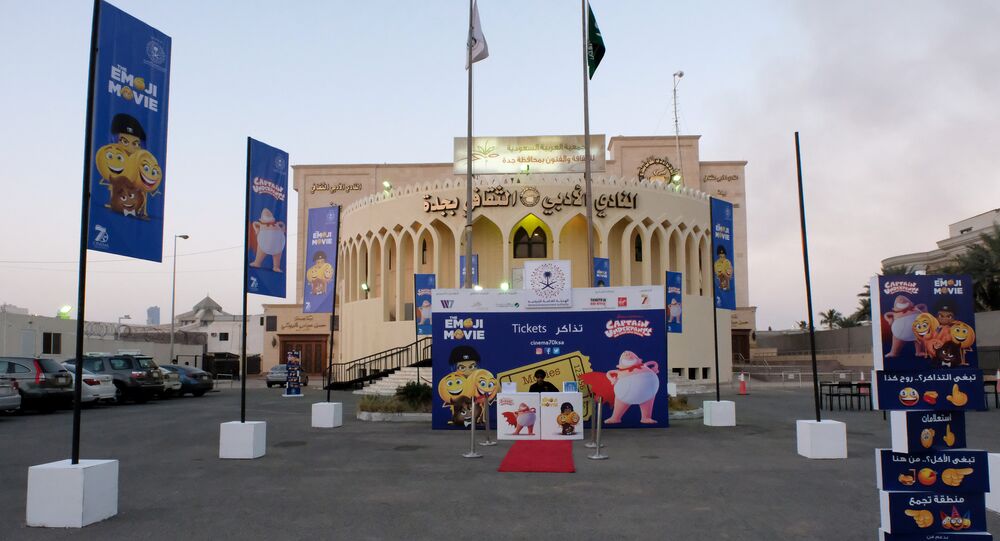 In December, after more than 35 years Saudi Arabia allowed movie theaters to open all around the country following a reformist lead of the young Saudi Arabian Crown Prince Mohammad bin Salman.

Out of the universe of movies available, Saudi Arabia singled out "The Emoji Movie", a cartoon which fully incarnates the spirit of the modern time, as its characters are emojis living inside a smartphone.

After watching "The Emoji Movie" with his wife and daughter, 28-year-old Sultan al-Otaibi shared his impressions and noted that people in Saudi Arabia are glad to go watch movies in a theater instead of sitting at home, as quoted by Reuters.

"It’s more comfortable, more fun to have a change of scenery and an activity on the weekend. It is a step that was very late in coming but thank God it’s happening now," he said.

The event got mixed reactions on social media as many people could not agree to Saudi Arabia's choice of the movie.

Imagine getting to see a movie for the first time, and it’s the steaming pile of excrement that is “The Emoji Movie.”

I think I would reinstate another 35 year movie ban.

This is a human rights abuse, of all movies you use the emoji movie wow

>Be Saudi man
>Last movie I saw in theaters was Return of the Jedi
>Cinema ban lifted
>Can't wait to watch a well crafted modern film with my family
>First showing is Emoji Movie pic.twitter.com/jh00wpZCgk

Imagine having to wait 35 years for the emoji movie pic.twitter.com/IQnV7JMKy9

The Royal Aid: Your Majesty, the population will revolt if we don’t end the cinema ban.

The King of Saudi Arabia, an intellectual: Play The Emoji Movie until the population begs us to reinstate the ban. pic.twitter.com/JIPbYuwXyF

If I had to wait 40+ years for cinemas to be allowed in my country and the first movie they show is Emoji Movie, I’d probably end up joining Al Nusra Front too tbf. pic.twitter.com/r65NZpq97D

The screening, which was followed by a showing of "Captain Underpants: The First Epic Movie," took place on Sunday evening and marked an important milestone in the kingdom's history, as it was the first screening since Saudi Arabia lifted its cinema ban in December.

© AFP 2020 / Marwan Naamani
Saudi Arabia to Allow Women to Drive Starting Next Summer
Cinema theaters were forbidden in the beginning of 1980s when the kingdom was leaning towards a conservative fundamentalist form of Islam which does not encourage entertainment in public, especially with men and women participating together.

But Saudi Crown Prince Mohammed bin Salman bin Abdulaziz Al Saud spoke out in favor of returning to "moderate Islam" and initiated a number of unprecedented socio-cultural reforms which include lifting the ban on women driving in the country and allowing women to attend sports events at stadiums as well as lifting the ban on cinemas.