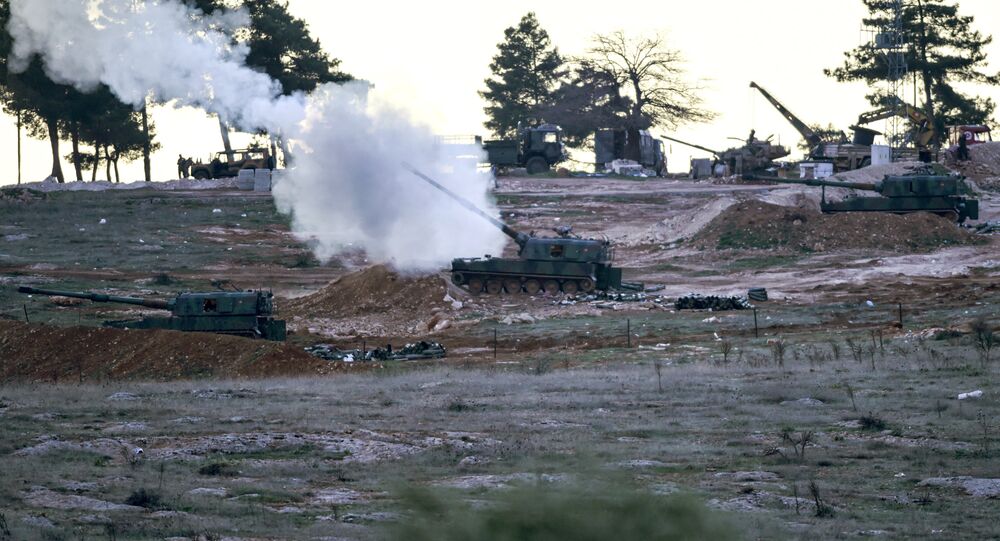 The proposal to move into Afrin will follow Ankara's Operation Euphrates Shield completed in March 2017, which was aimed at eliminating Daesh terrorists in northern Syria as well as Syrian Kurdish militants considered as terror groups by Turkey.

President Recep Tayyip Erdogan said Turkey plans to launch an assault against Peoples' Protection Units (YPG) in northern Syria. Kurdish YPG militias operate in the Afrin enclave which borders Turkey on the south and are considered to be a terrorist group by Ankara.

"In the coming days, God willing, we will continue with Afrin… to purge terrorism from our southern borders," Erdogan said in his speech at the meeting of Ankara's ruling Justice and Development Party (AKP).

The Turkish president also said he is ready to cooperate with the US in the region "despite it all", referring to the fact that the US has been arming Syrian Kurds to fight Daesh in Syria. He also expressed hope that the US will not "take sides with" the YPG militias during the upcoming operation in Afrin.

Senior Turkey official told Reuters that the reason the US charge d'affaires was summoned in Ankara on Wednesday was the US training of the new "Border Security Force". Relations between Washington and Ankara remain strained due to US military support for the YPG units.

The Arabic edition of Sputnik said earlier that Ankara established a field hospital in Qomlo region in Hatay province on the southern border, quoting a security source.

Following the operation Erdogan hinted at a possible military operation in the northwestern Syrian regions of Manbij and Afrin controlled by Kurdish militia forces, adding that "if the terrorists in Afrin don't surrender we will tear them down."

The president clarified that the Kurdish YPG militias were trying to establish a "terrorist corridor" on Turkey’s southern border and thus connect Syria's Afrin to Kurdish-controlled areas in the east.

© AP Photo / Mursel Coban, Depo Photos
Syrian Deputy FM Urges US, Turkey to Withdraw Troops From Syria, Calls Unauthorized Presence 'Occupation'
Earlier in January, Ankara stated that it is going to continue its Euphrates Shield operation in Syria's Afrin. The Turkish military campaign in northern Syria was launched in 2016 and aimed at eradicating militants in the region. Among terrorist organizations, Erdogan named not only Daesh but also Syrian Kurdish groups. In March 2017, Turkish Prime Minister Binali Yildirim announced the successful completion of Operation Euphrates Shield, however, Ankara has continued its military actions against Syria's armed Kurds.

In October, Turkish military units entered Syria's Idlib province, the move which Ankara said was aimed at observing the implementation of the de-escalation zone agreement reached during Astana talks between Russia, Iran and Turkey. However, the deployment of the Turkish troops has been criticized by the Syrian government, which has demanded Turkey's withdrawal from Syria.