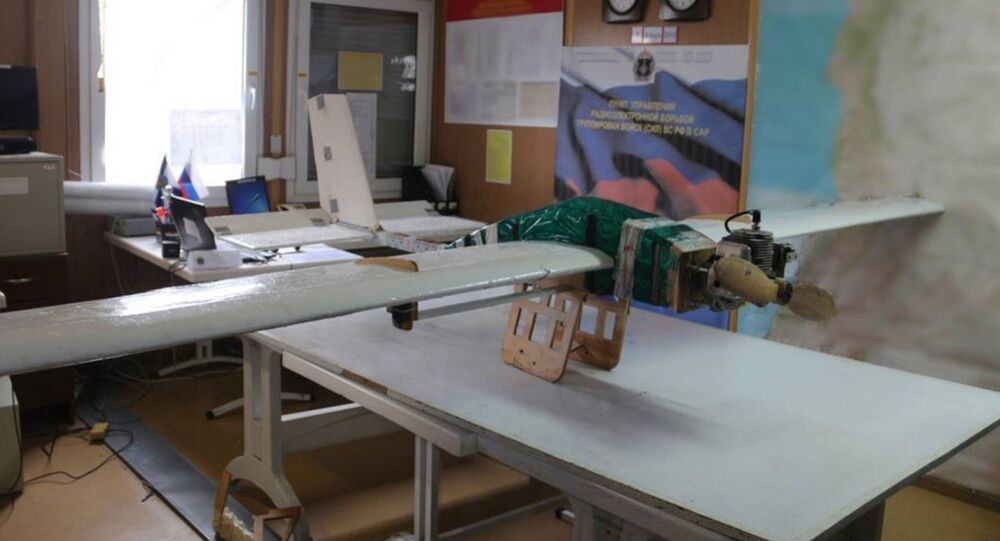 The Russian Ministry of Defense has published photos of the drones launched by terrorists from the Idlib de-escalation zone at the country's military facilities in Hmeymim and Tartus.

The released footage of drones, which attacked Russian military bases in Hmeymim and Tartus, shows three practically intact handicraft UAVs made from boards and plywood, with wires, wrapped in tape and green polyethylene. In addition, the photo shows the debris of three more apparatuses spread over separate heaps.

The Defense Ministry noted that the design used by the militants could only be obtained from a technologically advanced country, and warned of the danger of such attacks in any country in the world.

However, the Pentagon has refuted these claims by saying that such devices are "easily available" on the "open market."

The photos were published in the wake of the Russian Defense Ministry's January 8 report of a terrorist attempt to attack Russian military positions in Syria with combat drones that had been disrupted on January 6. Ten of the drones targeted the Hmeymim airbase and three were sent toward the Tartus naval base. As a result, three of the 13 drones were brought to the ground in a controlled area outside the base, while three UAVs exploded after colliding with the ground and seven UAVs were destroyed by regular Pantsir-S air defense missile systems.

As the Krasnaya Zvezda newspaper, the official publication of the Russian Defense Ministry, has specified, the drones that attacked the Hmeymim airbase flew out of the area in the southwest of the Idlib de-escalation zone in Syria, controlled by the so-called moderate opposition.