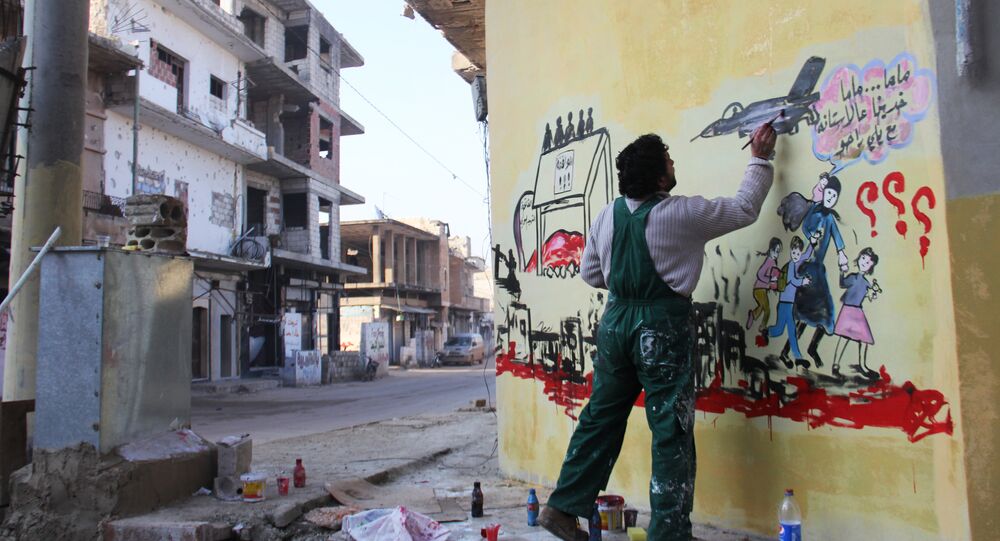 ANKARA (Sputnik) - Russia and Iran must fulfill their obligations as guarantors of the Syrian peace settlement and stop the advance of the government forces in the de-escalation zone in the province of Idlib, Turkish Foreign Minister Mevlut Cavusoglu said Wednesday.

"The [Syrian President Bashar Assad] regime's forces are moving forward in Idlib. Russia and Iran must fulfill their obligations and stop them. We summoned representatives of Russia and Iran yesterday and made a statement to them," Cavusoglu told state-run Anadolu Agency, adding that the Turkish Armed Forces began deploying the fourth observation post in the largest district of Idlib, controlled by the so-called moderate Syrian opposition.

Previously, Cavusoglu claimed that the Syrian government forces were "attacking" moderate opposition forces in the Idlib province under the pretext of fighting terrorists.

However, the minister has expressed hope for Syria had "lasting peace" and stability.

"I wish we can take the necessary steps for [the resolution of] these issues in 2018," Cavusoglu said.

The accusations follow Russian Defense Ministry's January 8 report concerning a terrorists' attempt to attack Russian military facilities in Syria with combat drones that had been disrupted on January 6. Ten of the drones targeted the Hmeymim airbase and three were sent toward the Tartus naval base. As a result, three of the 13 drones were brought to the ground in a controlled area outside the base, while three UAVs detonated after the collision with the ground, and seven UAVs were destroyed by regular Pantsir-S air defense missile systems.

According to the Krasnaya Zvezda newspaper, the official publication of the Russian Defense Ministry, the drones that attacked the Hmeymim airbase flew out of the area in the southwest of the Idlib de-escalation zone controlled by the so-called moderate opposition. As the media outlet specified, the Russian Defense Ministry had sent letters to the Chief of the General Staff of the Turkish Armed Forces, urging them to fulfill its responsibilities to ensure compliance with the ceasefire regime and to prevent such attacks.