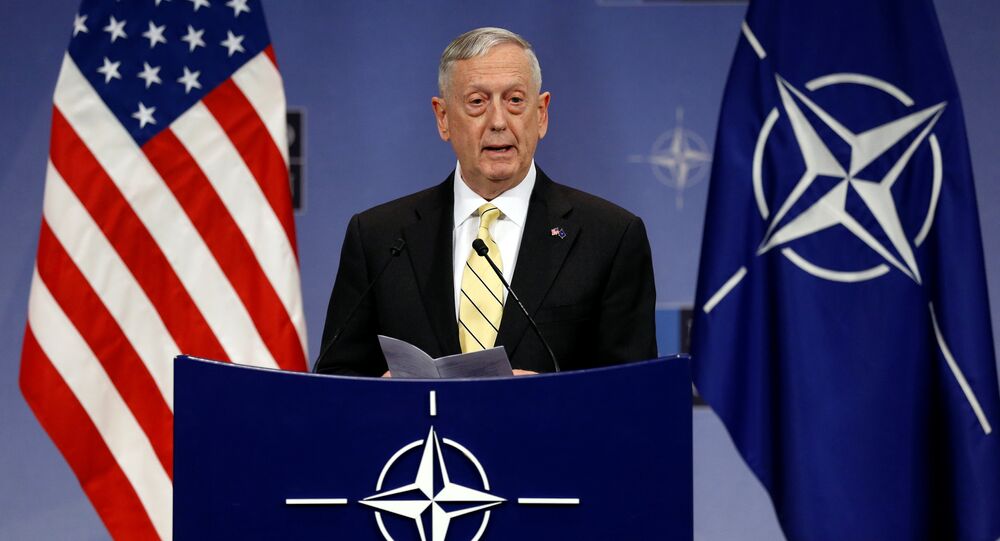 Pentagon Chief: Iranian People Are ‘Fed Up With’ Revolutionary Regime

US Defense Secretary James Mattis has declared that Washington has “no beef” with the people of Iran, merely their government. He added that the people of Iran had proven that they “aren’t buying” what Tehran is selling, as evidenced by the large-scale protests that broke out in the last days of 2017.

Speaking to Pentagon reporters, Mattis voiced his support for the protests just as many other top White House officials, including US President Donald Trump, have done. "I think it's very important that we stand up and say that we understand the Iranian people. Our beef, if we have one, is not with the Iranian people. It is specifically the same regime that the Iranian people, clearly, are fed up with as well," he said.

"So the most important thing, I think, is it's up to the Iranian people what form of government they have, and to say we believe that they should have the kind of government they want, And, right now, the regime senses that they've got a lot of people who aren't buying this revolutionary regime's act."

The protests have fomented for several years, as economic hardships (brought on in part by global sanctions maintained against the country for decades) have adversely affected the youth and working class of the country. When a draft of the 2018 government budget was revealed, showing increased funds to the Revolutionary Guards and religious institutions while decreasing subsidies to the poor, protests soon broke out across the country's cities.

The Economist and The Daily Telegraph reported that numerous protesters were heard to be chanting slogans such as "death to [Iranian president Hassan] Rouhani," "death to the dictator," "[Ayatollah Ali] Khamenei, shame on you, leave the country alone!" and "People are paupers while the mullahs live like gods."

Others chanted for the restoration of the Pahlavi monarchy, which ruled the country as monarchs from the US-backed 1953 coup to the 1979 Islamic revolution, during which Khamenei and his supporters seized control of the country.

"Clearly the Iranian people aren't buying this revolution or export of their terrorism, or whatever the revolutionary regime people want to call it. They're not buying it there at home. We're not buying it internationally," Mattis said.

Tehran has offered a different take on the protests. In a Sunday statement, the Revolutionary Guard accused foreign actors of fomenting the unrest. "The United States, Britain, the Zionist regime [Israel], Saudi Arabia, the hypocrites and monarchists" are allegedly to blame for the chaos that has left at least 24 dead and thousands arrested.

Furthermore, they claimed that the protests had been quashed by the Revolutionary Guard along with government forces and pro-Tehran counter protesters.

Mattis also commented on Iranian military operations in Syria, where he argued that Tehran had failed in their quest to establish a "land bridge" that would cross from Beirut to Damascus to Baghdad to Iran — all countries with significant Shia populations.

"I don't think there's a land bridge right now" in Syria, said Mattis, as there was far too much chaos in the wartorn country to establish such a route: "rough terrain, rough enemy units that haven't been cleaned up, and all the usual cleanup going on."

'Iran Does Not Bow: This is Its Real Crime in the Eyes of Western Ideologues'