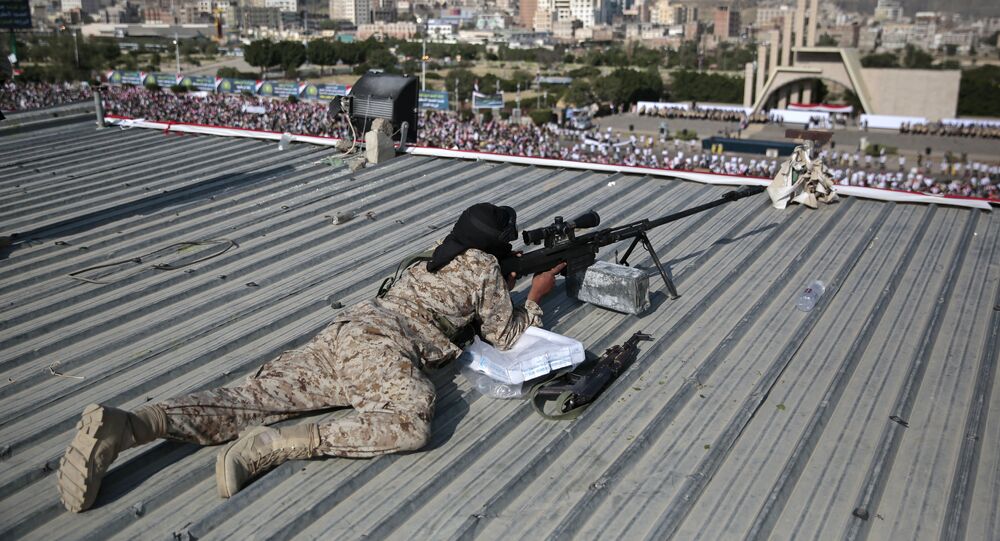 Conflicting reports suggest different reasons for the accident: while the coalition insists that a technical malfunction caused the crash, the Houthis claim it was their air defense that brought the aircraft down.

Saudi's broadcaster Al Arabiya, citing the coalition's statement, says that the warplane crash was an accident due to a technical malfunction. The aircraft went down in the war zone but the two pilots survived and were evacuated in a special operation, according to the Riyadh-led coalition.

At the same time, the Houthi movement's agency Saba claims that the fighter was shot down by the rebel's air defense forces in Saada province. The Houthi's al-Massirah news network specifyies the type of the fighter as a British-made Tornado.

© AFP 2021 / MOHAMMED HUWAIS
Saudi-Led Coalition's Airstrike in Western Yemen Kills 20 Civilians - Source
Yemen has been engulfed in a brutal civil war since 2015, when Houthi rebels allied with the ex-president Ali Abdullah Saleh began to clash with Mansur Hadi's government forces, with each faction claiming to be the official government.

Since March 2015, the coalition led by Saudi Arabia has been conducting airstrikes in the region, attempting to restore the government of Hadi and denouncing the Houthis' takeover as unconstitutional.

The military conflict in Yemen has further escalated since late November when tensions between the former allies, Houthis and Saleh's forces, mounted in Sanaa. The conflict resulted in the killing of Saleh by the Yemeni rebels on December 4, soon after he had reiterated the termination of the alliance.